Taylor Swift has caused renewed interest in Aran sweaters after she donned one while promoting her new album. 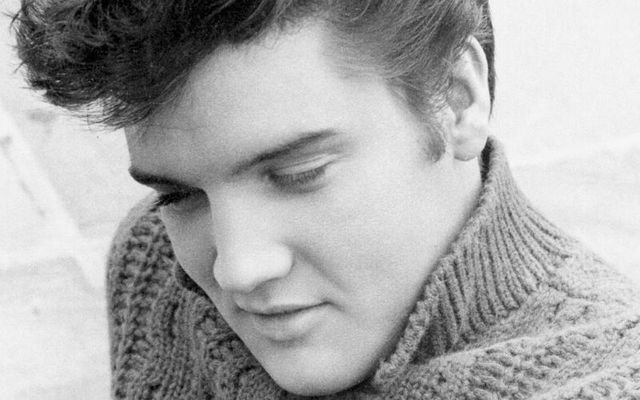 Elvis Presley in an Aran sweater on the set of Jailhouse Rock in 1957. Getty

The Irish Embassy in America has taken to Twitter to post a series of famous celebrities wearing Aran sweaters, including Elvis Presley, after pop star Taylor Swift donned the Irish jumper to promote her new album.

Swift put a renewed international focus on the traditional knitted sweater from the Aran Islands when she promoted her new album "folklore", prompting the Irish Embassy to dig for images of other famous celebrities who have worn the comfortable jumpers.

We can neither confirm nor deny speculation that Taylor is a direct descendant of Jonathan Swift. But she clearly adheres to the Swiftian maxim that “the proper words in the proper places are the true definition of style.” #Folklore https://t.co/7rErmzIS8Z

Aran sweaters, however, have been popular overseas for generations, evoking images of rugged fishermen from the west of Ireland, and the Irish Embassy documented the sweater's long-term popularity among Hollywood's elite in their Twitter series.

The Embassy posted a picture of Swift alongside "Avengers" star Chris Evans, who caused hysteria when he donned an Aran sweater in the 2019 thriller "Knives Out."

Yes, we can confirm that an Aran sweater is absolutely guaranteed to make anyone look like @taylorswift13 or @ChrisEvans. #Folklore pic.twitter.com/t7itY0Mva9

Fans were so enamored with Evans's sweater that Blarney Woolen Mills, which has made the traditional sweater since 1823, reported a 150% increase in sales.

Read more: Chris Evans' Irish Aran sweater in "Knives Out" goes viral and we love it

"The only thing I will say about Knives Out is that, upon seeing Chris Evans in a sweater, the girl next to me gasped and said very softly and tenderly, 'Sweater,'" Menta said on Twitter.

The only thing I will say about Knives Out is that, upon seeing Chris Evans in a sweater, the girl next to me gasped and said very softly and tenderly, “Sweater.”

The Embassy later posted pictures of Elvis Presley and Steve McQueen in the famous Irish knitwear alongside the caption, "The King & The King of Cool. Men of Aran."

The King & The King of Cool.
Men of Aran. #Folklore https://t.co/XPytJnijXo pic.twitter.com/ZV31Cxk7Zh

Elvis was pictured wearing the sweater on the set of his iconic 1957 movie "Jailhouse Rock", while McQueen wore the traditional Irish jumper in the ultra-cool 1968 movie "The Thomas Crown Affair."

Other iconic celebrities, like Marylin Monroe and Grace Kelly, have also been snapped in Aran sweaters in the past, but the Embassy hasn't gotten round to posting them yet.