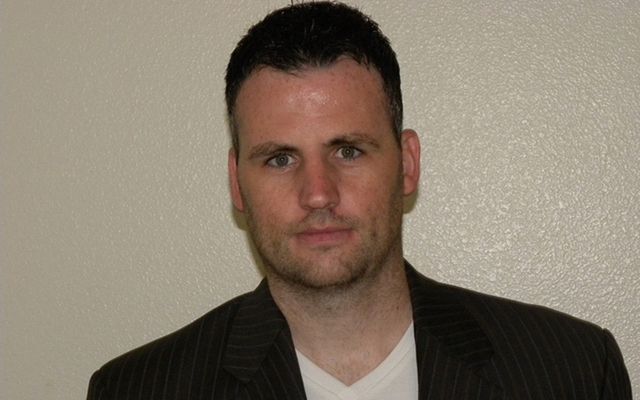 A Belfast man who has blazed a trail in the United States with his coverage of soccer’s English Premier League has announced that he has signed a deal with America’s oldest broadcaster.

Phil Brown, whose “Beyond The Pitch” podcasts have been featured on Sirius for a number of years, will now appear on the NBC network.

NBC has agreed to host both Brown’s podcast and a separate Manchester United broadcast.

Brown, who immigrated to California in 2001, told the Irish Echo that he was excited at the link-up.

“The original ‘Beyond The Pitch’ show that I do with Martin Wallwork and former Manchester United player Danny Higginbotham will be broadcast on their radio and podcast platform. I will also be appearing across their platforms,” said Brown.

“We are extremely excited to work with the magnificent team at NBC Sports, a team who have led the way in soccer coverage in North America for the last number of years.”

Brown spoke of how he started the podcast after missing the cut and thrust of the game in Europe.

“Around 2010 ago I set up a podcast in my bedroom with an American lad who was a massive football fan.

“I had never met the guy in my life, but we just started doing it.

“At that time there were millions of podcasts, so we asked ourselves how we were going to stand out from everyone else.

“We decided to contact as many major football clubs as we could around the world, and we told them how we were based in Hollywood and would be keen to interview players and could get them exposure in America.

“We then started getting players offered to us for interview – Rio Ferdinand (Manchester United) and Michael Essien (Ghana) and Hugo Almeida (Portugal) and it built from there.”

Details have yet to be finalized of when Phil will begin on NBC Sports but “Beyond the Pitch” can be downloaded via iTunes.