England's Prince of Wales was indifferent to his fairy tale bride according to the Princess' confidante. 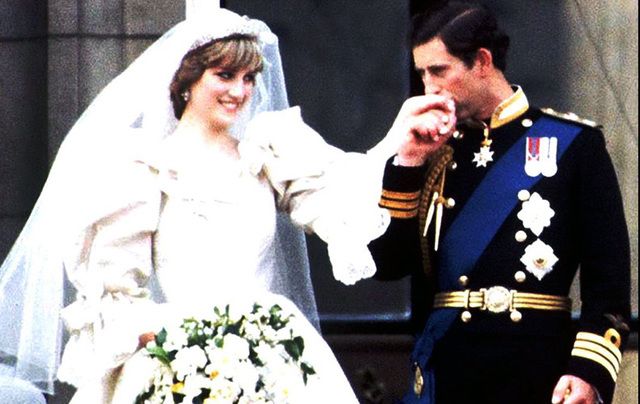 Princess Diana and Prince Charles on their wedding day.

Prince Charles was so indifferent to his fairytale bride Princess Diana that he never even bought her a flower during their 15-year marriage…so says Diana’s personal designer and confidante, Irishman Paul Costelloe.

The Dublin-born Costelloe, based in London for years and still a designer of high end couture worn by some members of the British royal family, told the U.K. Sunday Times last weekend that the tragic death of Diana in 1997 still upsets him greatly.

"I get tears in my eyes when I think about her,” he said. "I would go to Kensington Palace and bring her a bunch of flowers each time. She was so thrilled.

"I don't think he [Charles] ever gave her a flower. I particularly remember a suit I designed for her when she appeared in Hyde Park with Pavarotti. It was raining but she was sun-kissed and breathtakingly gorgeous.”

It’s clear that Costelloe, who also designs a range of goods for Dunnes Stores in Ireland, doesn’t think much of Prince Charles, who’ll be heading to Ireland next month with bride number two, Di’s arch-enemy Camilla Parker-Bowles.  Speaking of his most lucrative work – he created the original uniforms for British Airways which resulted in a big payday – Costelloe remarked, “My other most amazing work was for Diana. I got paid well there – nice little checks, signed by Prince Charles, probably reluctantly.”

Though they were great friends, Di probably would have been angered by Costelloe’s remarks a couple of years back about her daughter-in-law Kate Middleton, married to eldest child Prince William. "She started off as another Princess Diana, but I think I got the right one. I was lucky to have Princess Diana as my epitaph. Kate is lovely, but she’s no Princess Diana. Different backgrounds, different everything,” he sniffed to the Irish Independent.

Read more: Friendship between Princess Diana and an Irish nun comes to light