The killer is reported to have turned his gun on himself before law enforcement could arrest him. 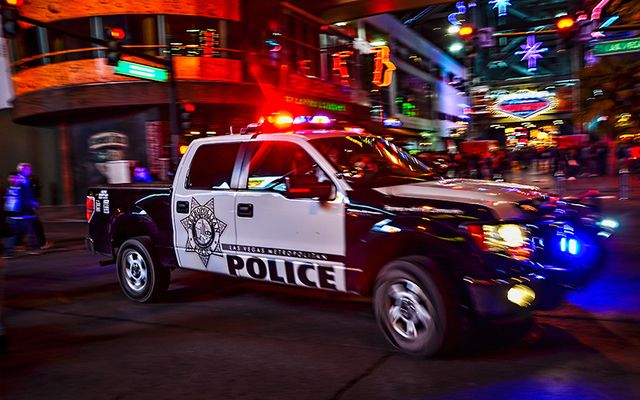 Irish people caught up in a night of horror and bloodshed in Las Vegas when a gunman opened fire, killing 58, have described their terror.

21 year old Dubliner Dylan Walsh was having a few beers with his mates when they heard the ominous whirring of sirens.

"We saw loads of ambulances going up the Strip and I looked at the lads said 'f**k that's a serious crash'. Little did we know at the time," he told the Irish Independent.

"Then all the bars and restaurants start closing down.

"The next thing I know someone shouted 'gunman' near enough to us so we ran. Everyone scattered, casino chips and all still on the table. Waiters dropped everything. It was scary looking back now."

Walsh made it back to his hotel room to find six fearful people hiding there.

Read More: The Great Unraveling: America's gun crisis is out of control

In a televised address from the White House President Trump denounced the attack as “pure evil” and in a tweet offered his “warmest condolences and sympathies to the victims and families of the terrible Las Vegas shooting”.

At a press conference this morning the local sheriff said law enforcement had found, “in excess of 10 rifles”.

“We believe the individual killed himself prior to our entry,” he added.

The suspect, Stephen Paddock, 64 of Mesquite, Nev., had no prior criminal history and his house has since been raided by cops looking for clues about a motive.

His brother, Eric, of Orlando, Fla., told CBS his sibling was, “not an avid gun guy at all.”

Christine O’Hanlon, another Dubliner in the city, told Newstalk Radio that the shooting set off something like a stampede once people realized what was going on.

“All of a sudden there was a bit of a commotion and people started to run. At first, we weren’t really sure what was happening but I could hear popping sounds and obviously that was gunfire, but we didn’t realize it at the time,” she told the station.

“Then people were running, it was like a stampede. We weren’t sure what was going on.”

“Because there was such confusion, no one knew what was happening. The reception area cleared out - people lay down on the floor. There was no alarm,” she said.

“One of the staff said it was unusual, normally an alarm would sound, that’s why they were confused as well. Because it happened so quickly.

“We ran out to the front of the hotel, people were talking, said there was shooting at the Mandalay Bay hotel, which wasn’t too far from us because we could hear the gunfire.“We thought then we have to get back inside. We managed to speak to one of the pit bosses, asked what’s going on, because the casino had cleared out quite a bit, but there were still people on the slot machines.

“We then went to security who recommended we go to our rooms.”

“People were unsure, we helped one little old lady to her room to her family, she was very shaken, her family were oblivious.

“On our way to our room met other people who were going downstairs, we told them what was happening, there was a lot of confusion.

“Sheer collective panic,” she concluded. “We knew something wasn’t right, but the not knowing was frightening.

“When we walked back through the casino to get to lifts to the room, there were no staff to say what was happening other than pit boss - it was eerie.”

Belfast woman Frances McCullough told BBC Northern Ireland, “I don’t think I’ve ever experienced fear like it in my life”.

At first, she and her friends thought it was only fireworks but then the shouts of emergency workers alerted them to the true horror of what was going on.

“We heard screaming and shouting - the police were running to us to tell us: ‘Get out, run for cover, there was a shooter on the strip’.

“And from there it just led to chaos, absolute chaos."