Joey Tumulty, 54, and his partner Nuala Kenny, 44, died after a fire broke out in their home in Gurth, South Roscommon at about 2 a.m. on Thursday, May 13. 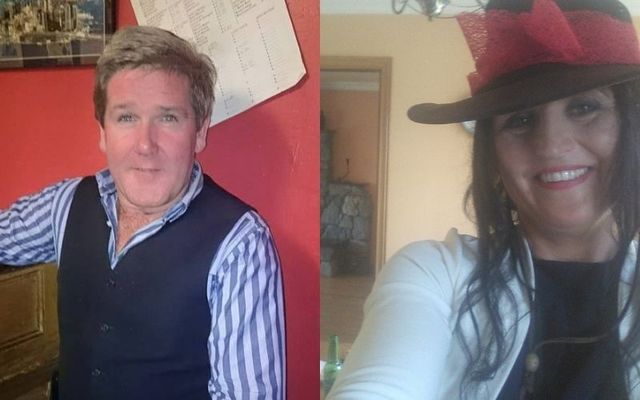 Joey Tumulty and Nuala Kenny were well-known in the local community. Facebook

Irish police are investigating after a couple died in a house fire in County Roscommon in the early hours of Thursday morning.

Joey Tumulty, 54, and his partner Nuala Kenny, 44, died after a fire broke out in their home in Gurth, South Roscommon at about 2 a.m. on Thursday, May 13.

Three units of the fire brigade and an ambulance attended the scene on Thursday and were assisted by gardaí from Roscommon, Clonark, and the Galway town of Ballinasloe.

The two bodies were found inside the house, which suffered extensive damage during the fire. They have now been removed from the scene and taken to Galway University Hospital for a post-mortem examination.

The deaths of Tumulty, who worked in a local farm supply business in Ballinasloe, and Kenny, who worked as a healthcare worker in Clonburren, have shocked the local community.

Fr. Michael Molly, the parish priest of Moore, said that the victims were well-known in the area and that their deaths have caused deep shock in the local community.

"It’s a terrible shock to the people, a terrible tragedy for the families involved and the shockwaves are spreading through the community," he told the Roscommon Herald. "It’s a close-knit community and the families are well known and our thoughts and prayers are with them at this very difficult time."