It's a proud day for 3,500 new Irish citizens who were confirmed in three naturalization ceremonies in County Kerry today. 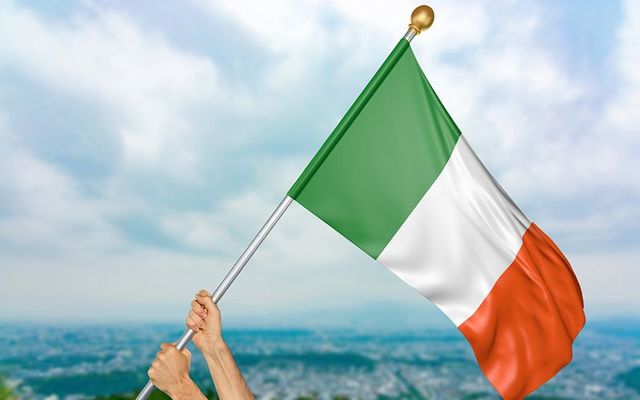 It's a proud day for 3,500 new Irish citizens who were confirmed in three naturalization ceremonies in County Kerry today.

In the first large-scale citizenship ceremonies to be held outside of Dublin, 3,500 people became naturalized Irish citizens today in three ceremonies in Killarney, County Kerry.

Sobbing watching the news - 3,500 people from 120 countries became Irish citizens today at a ceremony in Killarney. So gorge hearing how much they love Ireland and all their hopes for the future here ❤️❤️❤️❤️

In order to become an Irish citizen through naturalization, according to CitizensInformation.ie, you must:

Read More: What you should know about applying for Irish citizenship

Ireland has held citizenship ceremonies since 2011, granting citizenship to 119,000 people from 181 different countries since then.

Minister @CharlieFlanagan with Department staff at today's Citizenship Ceremony in the Convention Centre Killarney where 3,500 people from over 120 countries are receiving their Irish citizenship pic.twitter.com/6Hba4k84UG

“We ask you, as we ask all our citizens, to participate actively in our communities, to be good citizens and to uphold the law.

“The possibilities opened up to you in Ireland today are almost limitless; perhaps one day you, or a child or grandchild of yours could be up here as Minister for Justice, or as Judge, or perhaps the President of Ireland.”

Read More: Employment and health benefits for US citizens moving to Ireland

However, as Journal.ie reports, they will not be permitted to vote in Ireland's abortion referendum this Friday, May 25.