An outspoken priest in the Dublin archdiocese has written a highly controversial book entitled Five Reasons the Irish Church Deserves to Die. 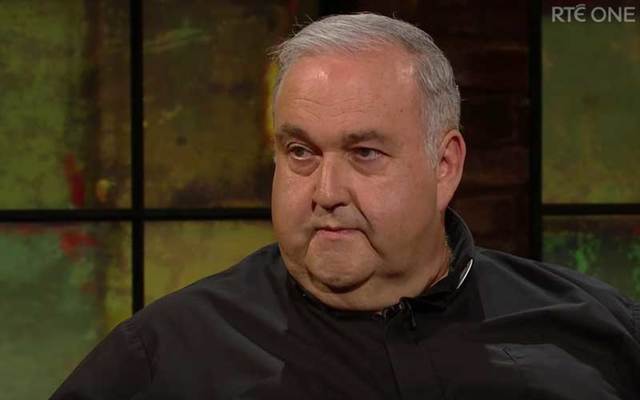 An outspoken priest in the Dublin archdiocese has written a highly controversial book entitled Five Reasons the Irish Church Deserves to Die.

Father Joe MacDonald was a late vocation at 45, but 11 years later he is a highly popular figure in his home parish of St. Matthews in Ballyfermot, a working class area of Dublin. He believes the church desperately needs to modernize and that the continued lack of vocations will eventually cripple the church. Dublin now has only 220 priests, the vast majority of them elderly, for a population of one million. The church must change or die he says.

He gives five reasons why the church at the present time must die and be reborn in an entirely different way. He lists five critical points where the church has gone badly wrong. They are:

“I am amazed by how good we are preaching a message of fear, even though the whole joy of the gospel is a message of liberating love.”

He says the Catholic message is wrong.”Hellfire, brimstone and damnation are synonymous with the Irish priest. He says. Yet the gospel message is one of love and joy.”We have often preached darkness not light.” he says. He points to how young gay people are shunned by the church which he says is a huge mistake.

Delays in replacing aged bishops many of them serving far beyond their 75 years retirement age is a huge problem. He says he has encountered “breathtaking arrogance” in bishops often pushing through seminary students who are clearly risky choices. Younger men and fresh thinking is needed.

He says the authority of the Irish church to teach about morality and sexuality is at an all-time low. To promote a healthy vision of sexuality is far beyond the Catholic Church at the moment he believes.

Indifference to the Church

He says there has been a massive shift away from the church on issues such as Catholic burial and people are becoming indifferent to the rituals. He instances an undertaker who told him that more and more people go straight to burial or cremation with no Catholic rites.

He says first communion is given too young and the child has no idea what its significance is. Most kids, he says, associate it with getting gifts and money.

He says this is the most serious reason why the church deserves to die.He believes women are deliberately kept down and rarely treated as equals and that gender balance is never sought in Catholic organizations.He says Bishops seem out of touch, rarely if ever visiting the homeless, the refugees or understanding their lives. In short he says the church “is much too quiet”when it comes to speaking out on human suffering.

Do you think the Irish Church deserves to die? Tell us what you think in the comment section.