110 girls from Skibbereen were forced to leave Ireland for Australia in 1848 as part of a colonial scheme. 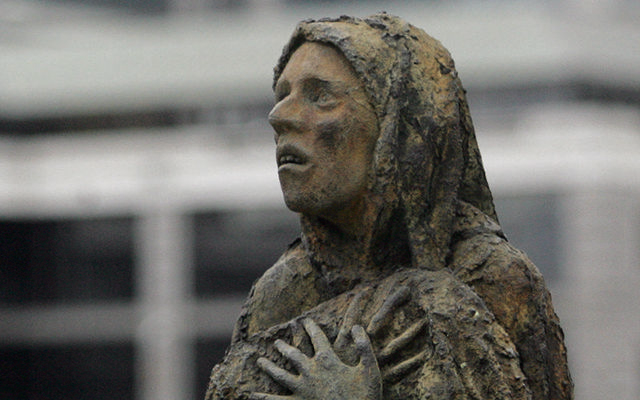 The horror of a Great Hunger victim's face - The Famine Memorial on Dublin's Liffey quays. RollingNews

A bronze sculpture is to be built to commemorate 110 teenage girls were forced to leave the town in 1848 at the height of the famine in order to marry, have kids, and work for Australian settlers.

These girls left their homes with next-to-nothing, with only two dresses, two petticoats, five pairs of stockings, two pairs of shoes, a bible, a bowl, and just one spoon. These ‘breeders’, as they were called, assisted in colonizing Australia which had a nine-to-one male to female settler ratio.

This summer, the poignant story of 110 teenage girls sent in 1848 from the devastation of a starving Skibbereen to Australia – where they were referred to as “breeders” – will be recalled in a sculpture in the West Cork town. @Peter_Fitz https://t.co/myUqyW7btW

“The 110 girls departed for Australia under the Earl Grey Famine Orphan Scheme, named after the colonial secretary who enacted it.”

The primary motivations for the plan were to reduce overcrowding in Irish workhouses through assisted emigration and to send females to Australia to help balance the gender ratio there. In total, around 4,000 girls left Ireland for Australia under the colonial scheme and it is expected that there are over 10,000 descendants.

According to The Irish Times, at least two of these descendants are anticipated in Skibbereen for a special ceremony honoring their ancestors next month.

Read More: How scientists finally solved the mystery of the Irish Famine

She noted that these girls were “farmed”, yet it is unclear as to how much choice the girls had in the matter. During this time, life was not any better in Skibbereen, whose workhouse was filled with disease and starving workers.

“Many of them did better in Australia than they could have done in the prevailing conditions in Ireland at the time,” McCullim added.

The memorial is going to feature 110 bronze spoons made by McCullim from beeswax molds that were made by staff and residents at the Skibbereen Community Hospital, where the old workhouse used to be. It will also have a piece of Australian sandstone gifted by the Australian Embassy that will be featured in front of the piece.

The Australian Ambassador to Ireland will be unveiling the piece on July 20th, which is to be displayed in Dublin Castle for the public.

Read More: What is the Famine Memorial in Dublin?