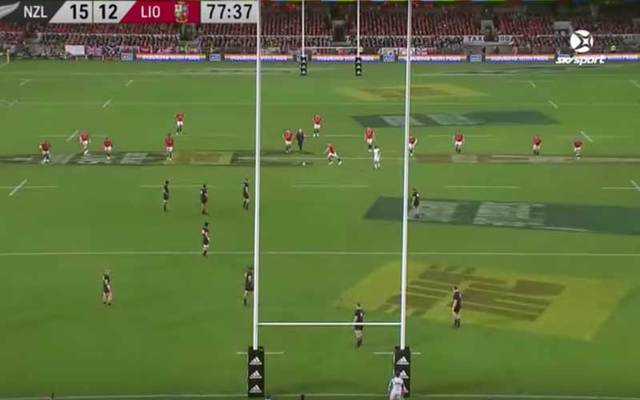 The British and Irish Lions snatched a late draw to even the three-game test series with New Zealand All Blacks to one win a piece and one draw.

Owen Farrell, the English center who has Irish parentage, showed he had ice water in his veins with a 77th minute penalty to even the game 15-15.

Farrell was the unlikely hero for he had a very difficult first quarter culminating in a stray pass that cost the Lions a try.

New Zealand had never been beaten at Eden Park in Auckland, and they will feel deeply aggrieved about a 79th minute decision which saw the referee overturn his initial decision to award a penalty in a very kickable position and award a scrum instead to New Zealand.

The Lions will be by far the happier side with this outcome, given that the All Blacks were at home, easily won the first game in the series and looked to be in charge when they lead 12-3 in the final game.

Warren Gatland, the Lions coach, showed up at his after match press conference with a red clown's nose in a clear dig at the New Zealand media who had labeled him a clown earlier in the series.

He had particular praise for Lions captain Sam Warburton who had managed to change the referee’s mind with that last second decision to award a scrum and not a penalty.