Carrie O'Connor was killed when the elevator in her apartment building plunged toward the bottom floor. 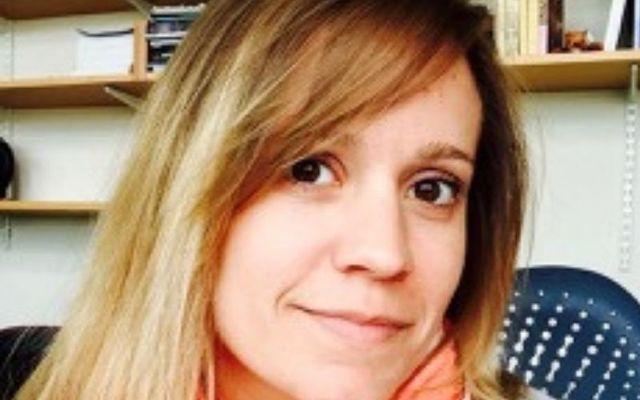 An Irish-American lecturer was tragically crushed to death in a freak elevator accident in Boston when the elevator in her apartment building suddenly plunged and trapped her between floors.

Carrie O'Connor, who lectured in French at Boston University's College of Arts and Science, died on Monday, Sept. 14 in the freak accident in her Allston apartment building.

O'Connor, 38, was dragging boxes into the elevator in her five-story apartment building on Commonwealth Avenue when it plunged toward the bottom floor.

She had reportedly moved into the building just a few weeks previously and appeared to be bringing household items up to her apartment at the time of the accident, according to reports.

Police found O'Connor inside the elevator and she was pronounced dead at the scene. Her death was later ruled as an accident caused by "traumatic asphyxia", which is usually caused when a heavy object crushes the chest.

The elevator reportedly plummeted from the first floor of the building, coming to a stop before it reached the building. Investigators are still trying to discover what exactly caused the elevator to plunge.

Meanwhile, a police report says that O'Connor was found trapped in the doorway of the elevator.

Leanne Scorzoni, a resident in the building, said that she heard an "ungodly" scream from the hallway and ran out to investigate.

"Then we ran out into the hallway, and we saw a gentleman who was obviously in distress. He was screaming and hyperventilating, saying, 'She’s dead! She’s dead!'" Scorzoni told CBS.

"It was horrifying. I would never want ever again, it wasn't a cry. I can't even describe what it was."

The man who witnessed the tragic accident was taken to hospital for trauma.

Scorzoni said that the man had warned O'Connor to be careful using the elevator.

"He was helping her with a box into the building, and he was going up the stairs and he had told her, 'Hey just be careful,' because… you have to pull the door across and then step in and then press the button. However, if you have something in there, it can trigger a sensor," Scorzoni said.

"He believes that whatever she was trying to get in there hit the sensor and then it started moving."

Management at the building said that the elevator had been inspected within the last year.

O'Connor, meanwhile, had just begun her second year as a full-time lecturer at Boston University.

The 38-year-old loved to cook and travel and her parents described her as a born student.

"We used to have to bribe her to stop her reading and get outside," Christal O'Connor, Carrie's mother, told Boston University.

The deceased lecturer fell in love with French in middle school, according to her mother, and repeatedly traveled to the European country.

Odile Cazenave, O'Connor's colleague in the French section of Boston University, described O'Connor as an integral part of the college.

"Already then, and even more so now, she was an intrinsic part of the French section and the department at large," Cazenave said.

"As I spoke with her parents this morning, I let them know how much Carrie is very much alive and part of our department."

Carrie O'Connor is survived by her parents Daniel and Christal, her brother Philip, and her sister-in-law Sara. Her father also said that she had two cats that she loved, named Artemis and Apollo.