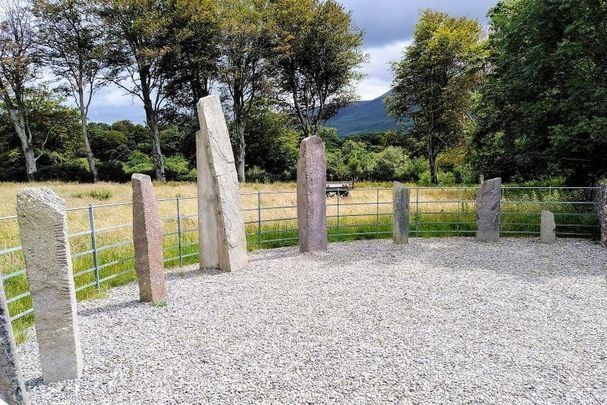 Irish and Scottish academics have turned to digital and 3D technologies to protect and preserve the ancient Celtic Ogham writing system, which has existed for more than 1,500 years.

Ogham predominately exists in Ireland but is also found across the United Kingdom and appears on inscriptions and tablets dating back to the 4th century AD.

The alphabet is additionally found in a handful of 9th-century manuscripts and is the ancestor of modern Irish and Scottish Gaelic.

However, just 16% of surviving Ogham-carved stone pillars are housed in national museums, with the majority of Ogham stones remaining in local churches, heritage centers, or in remote outdoor rural locations where they remain exposed to the elements.

As a result, researchers and academics have only ever been able to study a small sub-set of Ogham stones in person due to their broad dispersal and the logistical challenges of visiting stones housed in remote locations.

To combat this, academics from Maynooth University and the University of Glasgow intend to create a digital database of all 640 pre-1850s Ogham scripts that exist in Ireland and the UK over the course of three years.

The researchers say that the database will make 3D models of Ogham inscriptions readily accessible to academics and members of the public alike.

The 3D models produced by the project will also provide a baseline against which future weathering can be assessed and additionally protect a unique archaeological resource threatened by climate change.

The project will build on the Dublin Institute for Advanced Studies’ “Ogham in 3D” project, which focused on stones located in the Republic of Ireland and will collaborate with museums in Ireland, Scotland, Wales, and England.

Maynooth University and the University of Glasgow said in a statement that the Ogham writing style was never abandoned despite the advancement of new ways of writing and said that Ogham has witnessed an "explosion of popular interest in recent years, especially among Irish and Welsh artists and designers.

Katherine Forsyth, professor of Celtic Studies at the University of Glasgow, said that few people will be familiar with the "highly unusual" and "amazingly clever" writing system.

"We hope this project will help change that and bring Ogham to the wider attention it deserves," Forsyth said.

Meanwhile, David Stifter, professor of Old Irish at Maynooth University, said that he hopes the project will give people a better understanding of the Ogham writing system.

"We hope to get a better understanding of its meaning as a cultural expression of Gaelic intellectual history way beyond the narrow group of Irish 'orthodox inscriptions'," Stifter said.