Ireland's legal drinking age right now is 18 years old - here's how IrishCentral readers responded when asked if the age should be raised. 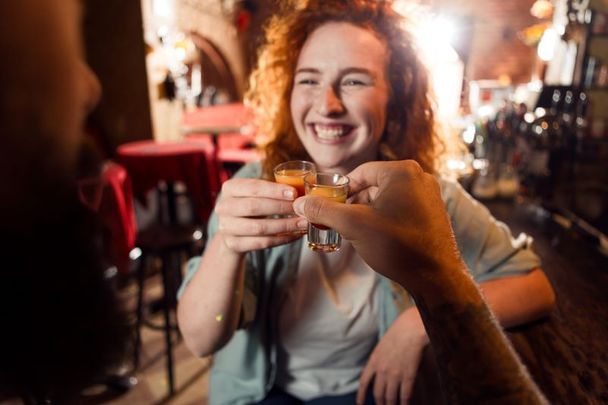 Nearly 200 IrishCentral readers took part in our latest IrishCentral Poll "Should Ireland raise its legal drinking age?" The poll was live from May 5 through May 14.

We here at IrishCentral wanted to get your opinions on Ireland's legal drinking age after discussions about youth alcohol consumption came to the forefront.

Speaking on Newstalk Radio’s Lunchtime Live, Joan Hopkins, the Social Democrats Fingal Co Co Councillor for Howth-Malahide, pointed to a "radical" yet "successful" model that has been adopted in Iceland.

"Iceland were seeing what we're seeing now... they had the highest levels of youth drug and alcohol abuse.

"The programme is radical but it's evidence-based and it relies a lot on enforced common sense."

She added: "They changed the laws: they brought in a new age limit for alcohol - you have to be 20 to buy alcohol in Iceland, they introduced curfews.”

Separately, the Irish government announced on May 5 its plans to introduce minimum unit pricing on alcohol.

Minister for Health, Stephen Donnelly TD, said: “Ireland had the third-highest level of adolescent binge drinking in the world according to data from a global study published in The Lancet in March 2019, while 2018 saw an 80% increase in the number of children under-16 admitted to Irish hospitals because of alcohol intoxication. 36 children in 2018 compared to 20 such cases in 2017.

We've gone through our poll responses, and the results were surprisingly close!

Here are some of the responses we received:

I believe at 18 you are not quite in control of your emotions and can get into more trouble.

Alcohol should not be readily available to people with still developing brains.

18 year olds are not able to make a decision to drink responsibly yet. Give them 3 to 7 more years to understand the value of earning, spending & saving money, before the just drink it out & pee it down the loo.

The waiting a few extra years may have some take pause and maybe chose a sober life.

Because it’s killing the brains of the smart ones

Underage drinking has been ignored by successive Governments its the results of binge drinking that the Government’s attempt to “repair “ but it’s as a result of the Governments consistent failure to route out the undesirables in the communities & develop relations with the young & give them the facilities to progress their lives with a schools oriented healthy program towards their future. This has for far too long been left to the communities who are far under appreciated, far too much under funded, as a result the problems continue straight out of school.

Across the pond in America, the legal drinking age is 21. We feel people this age are more responsible.

Any legal drug should be looked at  on an ongoing basis.

Alcohol is a drug that requires a mature and informed mind on how to handle it.

Working as a physician where I see firsthand the devastating effects I strongly support this plan. In fact, the age should be 50.

No, Ireland should not raise its legal drinking age

People will drink at that age (16-18) regardless of what the law says. It's better that the legal drinking age remain at 18. At least then people won't feel like they need to be drinking in secret, illegally or trespassing on private property(outdoors, building sites, fields etc). If they're going to drink, it's best they do it somewhere safe.

Abuse is not age-related. It's ignorance-related. There are 30 year old abusive drunks, and mature 20 year olds.  The job is parents' to do: teach well, enforce rules.

It is against the essence of Irishness

I have lived in both Ireland and the US and attended university in both places. I was shocked at the binge drinking and reliance on alcohol by older students in their mid to late 20s in the US compared to what I saw by teenagers/people in their early 20s in Ireland. People outgrew over indulging in alcohol for the most part by the time they reached university and/or had completed their first year. It was seen as irresponsible. In the US it was still somehow seen as mature to be drunk since you had to be older to get alcohol.

If they are of declared adult age then they have the responsibility of making adult judgments. If they can't do that then both parenting and the education system is failing. You can't solely blame young adults for the failings of Irish society as a whole.  It's a societal problem, not one to use young adults as whipping people sacrificial victims to make you feel better about your own inadequacies. Grow up and start taking responsibility as a society

Raising the age requirement isn't going to stop the children who are under 18 from drinking any more than the current age limit of 18 is stopping them from doing it now. Owners of (and workers of) bars and stores doing their job properly and carding people all the time so minors AREN'T drinking would help...also PARENTS paying more attention to what their children are doing would help. Making more laws of any kind doesn't keep people from doing wrong, CONSISTENTLY enforcing laws already in place is key.

I live in the States where they raised the age from 18 when I was younger back to 21. All it does is have kids getting alcohol on the sly and drinking out in parks and woods instead of in a public place where someone can see that they don't drive if they've had too much. Much better to perhaps put a limit on how many drinks those 18-20 are able to order at one time.

The pubs are suffering enough nowadays

We are turning into a nanny state. This will drive drinking underground. Education on drinking behaviour would be more appropriate.

18 years is not too young to start drinking. Instead, underage drinking and excessive drinking needs to be enforced better AND needs to be curbed by other means. Will the increase of the legal drinking age really curb adolescent binge drinking? Or do other factors play a more significant role, eg education, role-modeling within the family, cultural aspects...?

How many more rules are they going to bring in this country why don't they have more resources for the young people and they wouldn't have to be worried about them drinking invest in the young people give them something to look forward to getting them out working more in the community or with tradesmen yet them to appreciate hard graft.

I started drinking and 18 and move to the US and 19. It was so strange to be treated and underage all over again. Let 18-year-olds drink legally and safely rather than have them turn to cans in a park or people’s houses where things can get out of hand.

Don't think the age specifically is the issue, rather than the culture of drinking and cheap drink which is rocket fuel. Even raising it to 20 would unlikely deliver many rewards. There would still be plenty of underage drinking in houses, etc, and potentially increase in more drug use

Raising the legal age only leads to drinking in private and even more binge drinking in order to get drunk as quickly as possible. It hasn't worked out all that well for the US.

You become an adult at age 18

Iceland had a real problem with homemade illegal alcohol when they did so, Ireland will have the same.

Do not mess with tradition.  At 18 you are an adult in today's world.

It's a cultural issue that has to be addressed along with funding of after-school programs/activities in secondary schools.  If our youth want to drink they will find a way.  Need to address this on a cultural scale.

The U.S. has a higher drinking age and still has plenty of underage drinking and binge drinking.

Not sure if Ireland should raise its legal drinking age

Prohibition does not work and the US raised the drinking age in response to MADD and their concern for Road Traffic Accidents caused by inebriated teens. Access to cars by 16-year-olds is far more limited in Ireland. If they made recreation. centers available or promoted other social activities for teens between 13-18 then there might not be the temptation to engage in adult activities like drinking. More carrot less stick is a better approach.

It doesn't matter what the drinking age is if people don't learn to respect alcohol and the effects (both good and bad) that it can have.

There is already a law in place banning the sale and consumption of alcohol to under 18’s. If that is not enforceable what is the point of making the age limit higher. Make sure current laws are strongly enforced before talking about changing them.

Perhaps the Gardai should have steeper penalties for having consumed more alcohol than the legal limit. Age can equal maturity but it is the consequences of the actions that bring the message home. Tourists are being more cautious with the 1 drink limit and the young citizens should also be made aware of the more stringent limit.