The new landmark legislation would mean tougher punishments for hate crimes in Ireland. 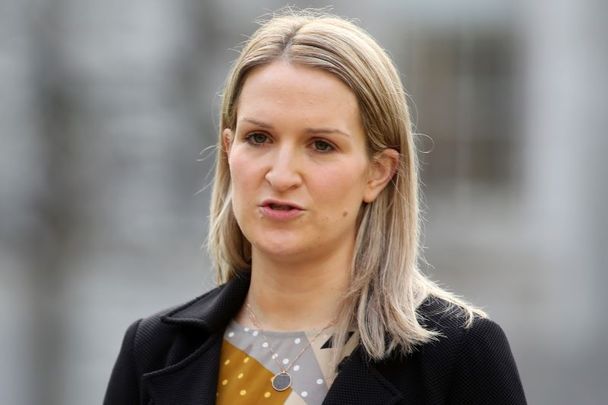 The Bill will create new, aggravated forms of certain existing criminal offences, where those offences are motivated by prejudice against a protected characteristic.

Hate Crimes tell the victim they are not safe simply because of who they are.
They are motivated by prejudice and lead to a divided society. Tougher sentences will show we recognise their true harm. Read more about my plan to tackle hate crimes 👇🏻👇🏻 https://t.co/6g4AHD0DxJ

Ireland does not currently have any specific legislation to deal with hate crime. The only legislation in Ireland that deals with hate-based offences is the Prohibition of Incitement to Hatred Act 1989. Although criminal hate speech is an offence, the bar is high and there have been very few prosecutions since its introduction.

Minister McEntee said in a statement on April 16: “Hate crimes tell the victim that they are not safe simply because of who they are. They send the disgusting message to victims that they and people like them are somehow lesser than the rest of us.

“These crimes are motivated by prejudice. They make victims feel afraid for their future, their friends, and their families. They lead to a divided society, where whole communities can feel unsafe and angry.

“We must get tough and show victims that we will recognise the true harm of these crimes. And perpetrators will know that we are determined to stamp out prejudice and hate.”

The protected characteristics under the Criminal Justice (Hate Crime) Bill 2021 are:

These have been updated from the 1989 Prohibition of Incitement to Hatred Act to add gender, including gender expression or identity, and disability, and to ensure Traveller ethnicity is recognised in the main definitions in the new law, on the same basis as other ethnicities.

The kinds of crimes that will become aggravated offences under the Bill will include:

The aggravated offences will generally carry an enhanced penalty, compared to the ordinary offence, and the record of any conviction for such an offence would clearly state that the offence was motivated by prejudice – that it was a hate crime.

The new offences also carry a provision for an alternative verdict, where the ‘hate’ element of the offence has not been proven. In such cases, the person can be found guilty of the ordinary version of the offence, rather than the aggravated version.

Minister McEntee said: “Creating these new offences will mean that a crime can be investigated as a potential hate crime by Gardaí, and evidence of the hate element can be presented in court.

“Where the jury finds that the crime was a hate crime based on the evidence, and convicts the person of a hate crime, the enhanced penalty for the new offence will be available to the judge at sentencing.

“Where the jury finds that the hate element is not proven, they will still be able to convict the person of the ordinary form of the offence.”

For other offences, where a specific, hate aggravated form of the offence has not been created, but where the court finds the crime was motivated by prejudice, prejudice must be considered as an aggravated factor at sentencing. This must also be placed on the formal record.

Minister McEntee said: “The nature of the crimes will be properly recorded and taken into account so we have accurate data to inform our wider responses. Offenders will also be managed appropriately, and perpetrators will  know that their crimes will be reported, investigated, and prosecuted, which is the most effective form of deterrence.”

The General Scheme also proposes new offences of incitement to hatred, which are clearer and simpler than those in the 1989 Prohibition of Incitement to Hatred Act. These offences cover inciting hatred against a person or persons because they are associated with a protected characteristic and also disseminating or distributing material inciting hatred.

The threshold for criminal incitement to hatred in the new offences is intent or recklessness. This means a person must either have deliberately set out to incite hatred, or at the very least have considered whether what they were doing would incite hatred, concluded that it was significantly likely, and decided to press ahead anyway.

Minister McEntee said the constitutional rights of freedom of expression and of association will be respected in the new legislation: "This legislation will be proportionate, specific, and clear.

"The offences will be capable of being proven beyond reasonable doubt and will be absolutely clear as to what constitutes criminal hate speech.

“The legislation we are working on will be evidence based, while respecting the vital constitutional right to freedom of expression and association.”