Irish food banks brace for busiest Christmas in a decade

Ireland's food banks are expecting its busiest Christmas season ever with the cost of living crisis delivering hardship for many people. 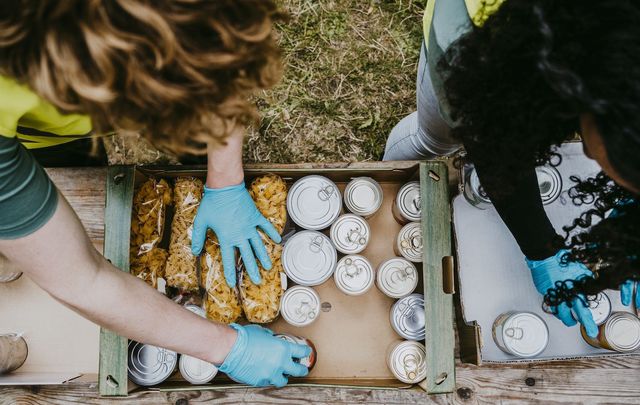 Ireland's banks get maxed out: "This year is the worst it's been for people in the 10 years we've been around." Getty Images

Food bank operators across Ireland are preparing for their busiest Christmas in years as the cost of living crisis drives the numbers of people turning to them for free meals up to unprecedented levels.

Some soup kitchens and charities say demand has doubled since last Christmas, such is the growing desperation many families are facing.

Carlow-based St. Clare's Hospitality Food Kitchen is dishing out 120 hot meals a day, twice as many as last year.

The charity, which will deliver 400 food hampers this week to those in need, will also host a Christmas dinner for struggling people for the first time on Sunday to cater for the increased demand.

Spokesperson Suzanne McWey said, "I think it's as bad as I've ever seen it out there. More people are struggling than ever before, and that's why demand is so high.

"People just can't cope with the energy bills and the high cost of living, and it's particularly difficult for families with young children at this time of year."

The two 365-days-a-year outlets run by the Irish Soup Kitchens Centre, in Balbriggan, north Co. Dublin and Dundalk, Co. Louth, are busier now than at any period in the operation's 10-year history.

Along with 1,900 free meals being served up every week, up to 480 food parcels are being delivered on a weekly basis as well, up 30 percent from the same period last year.

Such is the need out there that chiefs of the service are opening up another outlet in Mullingar next month.

Mark O'Neill, spokesman for the operation said, "This year is the worst it's been for people in the 10 years we've been around. Unfortunately, I think things are only going to get worse. Once January and February come round and householders start getting their bills, things are going to get even harder for people."

It's a similarly desperate picture faced by those turning to the Wexford People Helping People charity, which has seen demand skyrocket at its soup kitchen from 80 meals a night just 18 months ago to 400 meals on a nightly basis now.

The Wexford town-based charity is also hosting a festive dinner on Christmas Day for up to 500 people, some of who will attend from as far away as Waterford and Athy, Co. Kildare.

Founder Claire Malone said, "When I started the service, the people we used to see were mainly one-parent families and the elderly. But that's changed. There's now a lot of working families who are suffering."

Meanwhile, the Knights of St. Columbanus have confirmed that their long-running Christmas Day dinner at Dublin's RDS will be held on Sunday for the first time in three years.

Up to 550 people will be catered for at the sit-down dinner, while 4,000 goody bags and takeaway meals will be provided by the charity, up from 3,300 last Christmas.