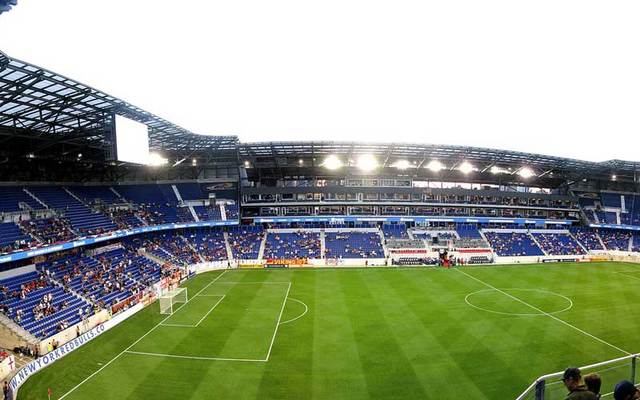 Ireland played out a convincing 55 - 19 victory over USA to avoid an upset in America’s Garden State. Early tries from Munster’s Keith Earls and Ulster’s debutant Jacob Stockdale set the stage for what was an easy victory in the end for the men in green.

Ireland fielded a young and largely inexperienced side with the average age of the team being 25 years old, as many of the team's top stars are currently on duty with the Lions team on their tour of New Zealand. Leinster Rugby’s Rhys Ruddock captained the side, earning his 14th cap in the process. With five tries before halftime, Ireland’s victory was sealed but USA continued to press and were promising in parts.

The Eagles did mount promising attacks in parts earning respect from the young Irish side but inexperience was their downfall. Missed tackles and poor passing in vital areas of the pitch cost the USA team dearly. Fine performances from USA’s AJ McGinty and John Quill were not enough to stop the strong Irish side.

With nine tries and five debutants for the Irish side, Joe Schmidt was pleased with his team's performance giving it a passing grade. Tries from the likes of Kieran Marmion, James Ryan, Simon Zebo and two from man of the match Keith Earls earned Ireland the deserving victory.

Speaking after the game Schmidt gave an honest assessment of how he felt the young Irish players performed. "It's a pass mark, first up. This group has worked hard but it's always difficult to put it together. The US got into our space really well and made us work hard. I thought they got into our space quite a few times.

"Particularly Joey [Carberry], they got into the space with his cross kicks because they were up and in at us. It was oppressively hot out there and heavy for the players. The other thing at half-time that the lads were saying was the ball was incredibly slippery.

"There was a lot of perspiration on the ball which made it incredibly hard to get long transfers. Shorter transfers were okay but as soon as you wanted to try to get enough bite on the ball to get it wide, it was a little bit difficult.

"Joey sprained his ankle a bit chasing across the pitch. He just went to turn back. We thought it pertinent to get him off. We don't know what the story is yet. It hasn't really swelled too much but it was a bit tender so we'll see how it settles and maybe get a scan, either here or once we've arrived in Tokyo (for the next part of the tour)."

The atmosphere was electric throughout the game inside the Red Bull Arena despite Ireland’s dominance with USA chants breaking out at regular intervals. Over 22,000 people filed in to watch the game, with streams of buses carrying Irish supporters hoping for an emphatic win.

Ireland have faced the USA Eagles on eight previous occasions, winning each of those meetings, with this victory marking Ireland’s largest margin of victory over the Eagles on American soil. Ireland will be hoping this clash acts as the perfect warm-up as they look ahead to facing Japan for two test matches in the coming weeks in Tokyo.

Did today’s Irish debutants do enough to earn another Ireland’s call?