Hundreds of family farms in Ireland at risk from “Vulture Funds”

The warning comes as a US firm takes over a number of loans issued by Ulster Bank. 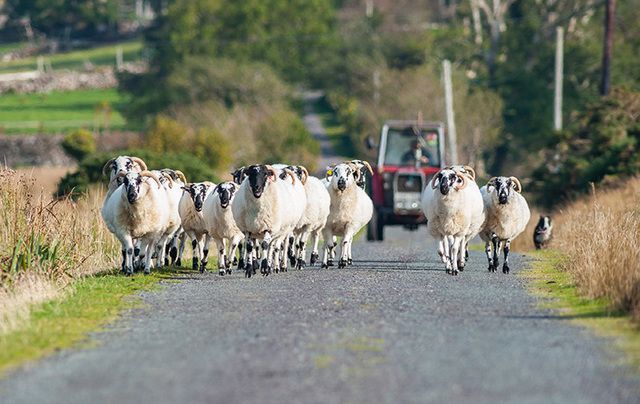 Irish farms at risk: The warning comes as a US firm takes over a number of loans issued by Ulster Bank. iStock

Hundreds of Irish family farms could be repossessed by “vulture funds” experts have claimed.

The warning comes after a loan portfolio owned by Ulster Bank was bought by US firm Cerberus  often described by detractors as a “vulture fund”.

Many farmers have still not recovered from the effects of the steep recession in Ireland and many still struggle to make repayments. Matt Carey, a debt resolution expert with a number of clients who have loans from Ulster Bank, said the sale was causing “severe anxiety”.

"They do not know how to deal with a vulture fund. There is huge anxiety out there, while Ulster Bank walk away pretty happy," he told the Irish Independent.

"They are attracted to the agricultural property and lands that secure debts."

When asked if farmer could simply take out a loan with a different bank Carey said many would struggle to find alternative lenders.

"They have very few options, Bank of Ireland and Allied Irish Bank essentially aren't understanding at all that farmers are finding it very difficult," he insisted.

"It is tolerable now that if you fail to pay, you lose. Unless the pressure comes from somewhere like the IFA and the other farm organizations to help these people, there will be a free run for the vulture funds. In other words, there will be blood on the floor in 2017."

David Hall, the CEO of the Irish Mortgages Holders Organization said he was aware of the issue, “ This year we are going to see a very significant increase in vulture fund activity against everybody, including farmers," he predicted.

"It is a very unemotional transaction. These guys have ice in their veins, this is a raw commercial gig.”

Hall also said that the banks were unprepared for the problems that lay ahead.

"We're exploring options that would allow us to do what has been done successfully with homeowners. We want to set up a system with specialist advisors with a knowledge of farmers, and we have explored the option of a mobile desk clinic in a van that could be accessible in farming communities where we would go to them."

John Healy, President of the Irish Farmers’ Association, made clear his organization was monitoring the problem, “IFA is very clear, as part of our ongoing engagements with both the banks and agencies dealing with distressed loans, we will not tolerate the stripping of assets with no regard for the family farm."

There are thought to be just under 140,000 farms in Ireland, most of which have been family owned for generations.

Read more: In the shadow of Ireland’s last vulture funds