Eunan Duffy is working with Birth Mothers and Their Children for Justice - Northern Ireland to help launch a major effort to identify mothers whose children were taken from them and reunite them. 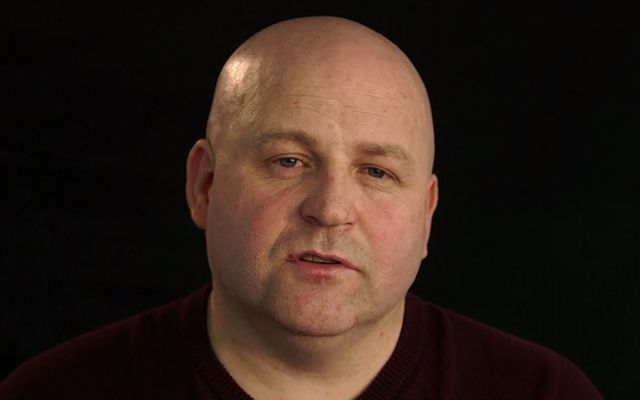 An Irishman who was literally snatched from his mother’s breast and trafficked for adoption by nuns 48 years ago has finally told his heart-wrenching story.

Journalist Deborah McAleese of The Press Association reports that Eunan Duffy, 49, will now help launch a major effort to identify mothers whose children were taken from them and reunite them.”There are hundreds of cases out there,” he stated.

Duffy was taken from his mother against her will by the Catholic Church when he was a newborn and placed for adoption. He ended up living in Portadown, County Armagh not far from where he was born in Newry, which is also in County Armagh in Northern Ireland. His unmarried mother was a virtual slave in a Mother and Baby Home in Newry run by the Good Shepherd Sisters.

He is now campaigning for justice with the group Birth Mothers and Their Children for Justice NI.

This is his story as told to the Press Association.

"I was born in 1968 in the former Marian Vale mother and baby home in Newry. My mother was 22.

"After I was born I was placed on her chest for a matter of minutes and then taken away.

"I was kept in a separate part of the home for 10 weeks without my mother's knowledge before I was adopted.

Read More: One US woman's desperate 44-year search for her Irish birth mother

"I had a good childhood and life. I only discovered I was adopted in February 2016 when I applied to get married.

"I immediately went to the Southern Health Trust in Newry and they gave me initial information about my adoption.

"They told me I would get my records within a few weeks. I didn't get them until July and they were heavily redacted.

"Even my mother's date of birth was redacted.

"Can you imagine how difficult it is to find someone if you only have a maiden name and not even a date of birth?

"There are a lot of frailties in the system and I did a lot of the work to track my mother down myself.

"I was desperate to find her.

“She just remembers me being put on her chest for half a minute, looking at me & then me being taken off her.” from The Detail on Vimeo.

"When I heard about the Historical Institutional Abuse Inquiry I was thinking of just turning up and hanging about in case I heard mum's name.

"At that time I didn't know I had been taken off her.

"I eventually found out where she was living – a residential place for the elderly in London.

"Adopt NI wrote to her there but there was no reply.

"I eventually rang the manager and she told me my mother had moved out and gave me a forwarding address.

"She got the letter on a Saturday and phoned Adopt NI on the Monday morning and just said: 'Is it him?' He said 'yes'. It went from there.

"I went over to see my mum a week later and spent a couple of days and then brought her here for a few weeks. We are in touch regularly.

"Mum told me I was put on her chest for a few seconds before I was taken away.

"My mum doesn't remember one minute of her time in Miriam Vale from post-traumatic stress.

"The only thing she remembers is me being put on her chest and looking into my eyes and then me being taken away.

"I was fortunate. My mum had been waiting and hoping for me to find her.

"But that's not always the case. I know from other adoptees they haven't had the same experience as me.

"In the modern-day what was done back then would be categorized as human trafficking."