Archaeologists have discovered a massive 17th century artillery fort in Castlecomer, Co. Kilkenny. A portion of the fort was uncovered in the area of a proposed hotel parking lot. 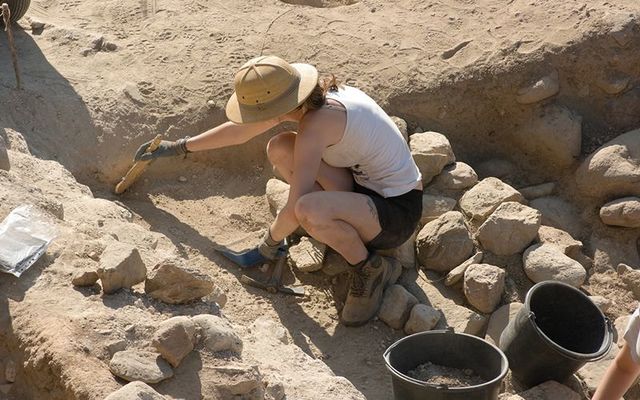 Archaeologists have begun to explore the fortress, which covers 3.5 acres, was bigger than Kilkenny Castle. iStock

Archaeologists have discovered a massive 17th century artillery fort in Castlecomer, Co. Kilkenny. A portion of the fort was uncovered in the area of a proposed hotel parking lot.

The fortress, which covers 3.5 acres, was bigger than Kilkenny Castle. The structure’s wall are over six-and-a-half feet thick, and the fortress was surrounded by a moat nearly 33 feet wide.

“It’s the huge scale that has really stunned us,” said the lead archaeologist on the project, Cóilín Ó Drisceoil of Kilkenny Archaeology. “This was one of the largest bastioned forts ever built in Ireland.”

One of the fort's bastions  was found in the area where a parking lot is to be built for the Avalon Inn in Castlecomer.

The excavated portions of the fort will be protected within the new hotel development, which is proceeding as scheduled, KilkennyPeople.ie reports.

In 1642, the fortress was the site of one of the most violent events in Kilkenny’s history.

In December 1641, an army of Kilkenny rebels attacked the fort and the English settlers in the town at Castlecomer.  Around 400 settlers fled to the fort for safety during the invasion. The English garrison, aided by the settlers, held out for over three months of the siege until they were forced to surrender.

Irish Confederates held the fort until the Cromwellian attack on Kilkenny in March 1650.

Evidence of the siege was found on the excavated fort where large breaches of the walls had been hastily repaired.