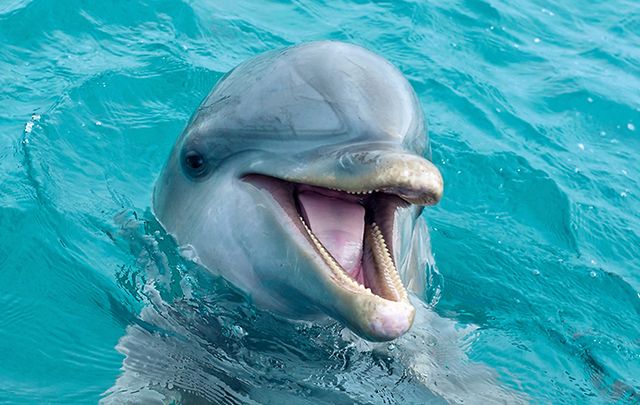 A leading animal rights campaigner has offered a €2,000 ($2,235) reward for information on the young men, in Cork, who were photographed dancing with a dead dolphin at a party before the animal was thrown out a window.

The image came to light over the weekend and was met by outrage online. Captain Paul Watson, co-founder of Greenpeace reality TV show “Whale Wars” and founder of Sea Shepherd Conservation Society offered a reward for an information on the incident.

#SpinNow with @Halpinhoff asking you today is this picture with this dead dolphin complete disrespect for animal welfare? 087-7102103 pic.twitter.com/ZtVxb1wpwP

On Saturday images and a video of two young men cavorting with the deceased mammal appeared online. It has been confirmed that the dolphin was then thrown out of a window in the Parchment Square Student Accommodation complex, on Model Farm Road, Cork.

Watson, one of the co-founders of Greenpeace, posted on Facebook seeking information “on where in Ireland the dolphin was taken and when.”

REWARD FOR DOLPHIN ABUSERS I WILL PAY A 2000 EURO REWARD FOR INFORMATION IDENTIFYING THE TWO MEN WHO DANCED WITH A DEAD...

The Daily Mail reports that the men “are thought to have traveled miles with the dolphin.”

On Saturday morning, an employee at the student accommodation complex, near the Cork Institute of Technology, discovered the mammal’s carcass. Following instructions from the authorities the body was wrapped and disposed of safely.

A spokesperson for the Cork Society for the Prevention of Cruelty to Animals called the two men “idiots”.

They told the Independent, “The mind boggles with people's stupidity.

"Anybody with any level of cop-on would know it's not right.

"They'll think twice before they do something like this again."