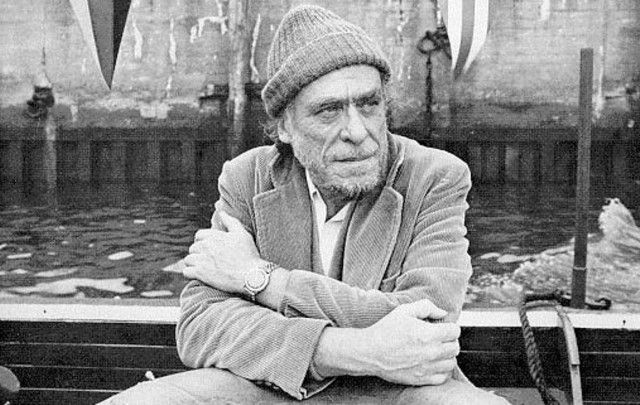 This coming weekend marks a milestone of sorts for the bar industry as it marks the grand opening of the first ever Charles Bukowski themed bar in New York.

Peter Maguire and Paul Quinn first met many moons ago on the playground of a national school in North Longford and quickly became friends. Quinn, who hails from Abbeylara, and Maguire from Ballinalee were fans of the American Beat writers from an early age.

Fast forward 30 years to a watering hole in Queens where the conversation turned to the demise of one of Queens’ oldest bars, Burke’s in Maspeth which was now closed and was to be replaced by yet another Starbucks or pharmacy chain.

Quinn and Maguire discussed whether or not it would be possible to open another bar on the site and had a chat with the building owner who at the time was adamant that the site would never be used as a bar again.

Their idea was a simple one. They realized that in spite of Charles Bukowski’s growing popularity, there had never been a bar in New York to use his name. It was decided that this would be the perfect site for such an endeavor.

After much cajoling with the landlord of the property, he finally relented and Quinn and Maguire set to work to make the dream come true.

Charles Bukowski was an American poet and novelist who worked, wrote and drank his way through life in the seedy underbelly of Los Angeles in the forties and fifties, all the while holding down a series of mind numbingly boring jobs.  He finally got a break with Sparrow Publishing when he was 50 years old.

He was approached to deliver a novel to the publisher as soon as he could and in the space of two weeks he produced his first novel, Post Office, which became an instant best seller.

Bukowski was known for his hard living, hard drinking lifestyle.  He grew in popularity in the next few years writing seven novels and hundreds of short stories, his style often compared to the beats of the time, Burroughs, Kerouac et al.

His life was portrayed on the big screen by Mickey Rourke in the movie Barfly, which he wrote the screenplay for in 1987.  He was described by Time magazine as the “poet laureate of American lowlife.”

When asked about the choice of a name for the bar, Quinn and Maguire said it was a no-brainer when they realized there was no Bukowski’s in New York.

There are two Bukowski’s in Boston, one in L.A., Amsterdam, Prague, Berlin and Vienna to name but a few.

Bukowski’s on Grand Avenue in Maspeth, however, will have none of this carry on.

“Our approach is simple,” said Maguire. “We offer a ‘No kids, no food, loose women and cheap booze approach.’ Note: You may have to provide the loose women yourself!”

Quinn and Maguire opened the bar in the early summer and already have a roaring local trade.

After being open just a couple of weeks they were awarded Guinness’s much sought after award for quality pints of the black stuff which proudly hangs behind the bar.

“We were lucky to have a Guinness expert behind the stick, Johnny Murray from Donegal, and it wasn’t long before the word spread about the quality of the pints being served here,” Maguire said.

“Along came the suits from Guinness to see what the fuss was about and after having their first pint they exclaimed in no uncertain terms that this was indeed what they had been looking for and immediately decided that the award would be issued.”

Bukowski’s will host its grand opening this weekend.  There will be live music on Friday the 15th, Saturday the 16th and all day Sunday the 17th.

Festivities open on Friday with music provided by Billy Joe Ward from Co. Kildare. Saturday it’s rock and roll with acclaimed local band, The Travellers. Sunday music kicks off at noon with the Steve Reilly Band followed by numerous acts until the wee hours.

On Sunday, food will be served, barbeque style in the spacious yet cozy beer garden which is surrounded by flowery greenery which was planted by Murray who is also something of a gardener.