Glen Campbell's Irish roots: what you need to know

As the world mourns the loss of the Rhinestone Cowboy, here's what you need to know about the singer's Irish connections. 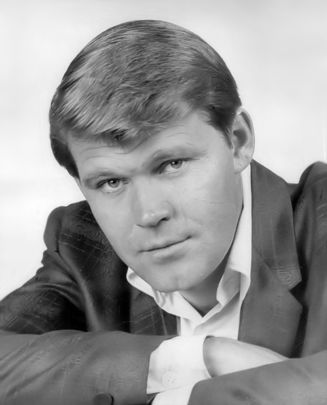 As the world mourns the loss of the Rhinestone Cowboy, here's what you need to know about the singer's Irish connections. Country legend Glen Campbell passed away at age 81 on August 8 after a long battle with Alzheimer's disease.

The most telling piece of ancestry comes straight from Campbell's mouth. Campbell told the Scottish Daily Record, "My mom Carrie Stone came from Tipperary in Ireland." The theme of the Daily Record piece focuses on Campbell's Scottish roots, his dad Wesley Campbell hailed from the Borders in Scotland.

Read More: The many loves of Sinead O'Connor's life

Campbell grew up as one of 12 children in the town of Billstown in Arkansas. His parents were married in the town in August 1926.

Online records show that Carrie Stone was born in Pikeville County, Arkansas in 1905, not Tipperary. Stone died in the county on New Year's Eve in 1991. Her family emigrated to the United States from Tipperary.

During an August 2011 interview with the Guardian, Campbell, an avid golf fan, revealed his joy at Rory McIlroy's U.S. Open win that year. Campbell said, "That knocks me out, man. I'm Irish too, you know? They can really play some golf."

Campbell last show in Ireland came in a sold out gig at Dublin's Convention Center in November 2011.

In 2006, Campbell told Irish music bible Hot Press that the legend "had a real good time working with that Irish folk group. What was their name? They were real big in the USA. They had a hit with that song ‘The Unicorn’. I did some production work with them." The group it turns out was the Irish Rovers. Campbell played lead guitar on the group's hit which was based on Shel Silverstein poem. The song was released in 1967 but didn't become a hit until the following year.