Lawyers for George Nkencho's family said they "will be pursuing legal actions in respect of these vindictive assertions in the Courts." 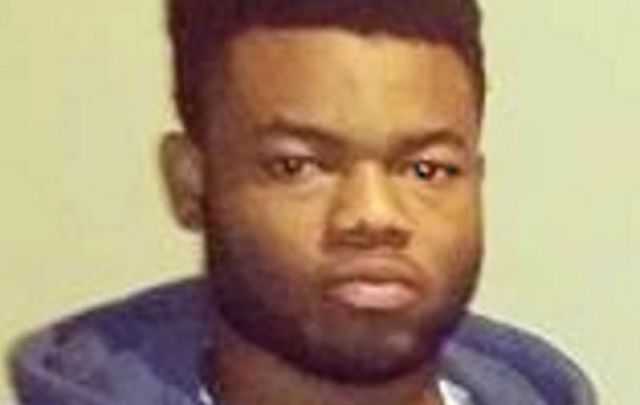 George Nkencho died after being shot by gardai in Clonee on December 30, 2020. RollingNews.ie

George Nkencho, a 27-year-old Black man, died on December 30 after being shot by members of the garda Armed Support Units (ASU) during an incident in Clonee near the Meath - Dublin border.

An Garda Síochána said a number of shots were fired at Nkencho after "less-than-lethal use of force options were unsuccessful."

The death of Nkencho, a Black man who, according to his family, had mental health issues, has spurred protests and demonstrations in Ireland as part of the Black Lives Matter movement. 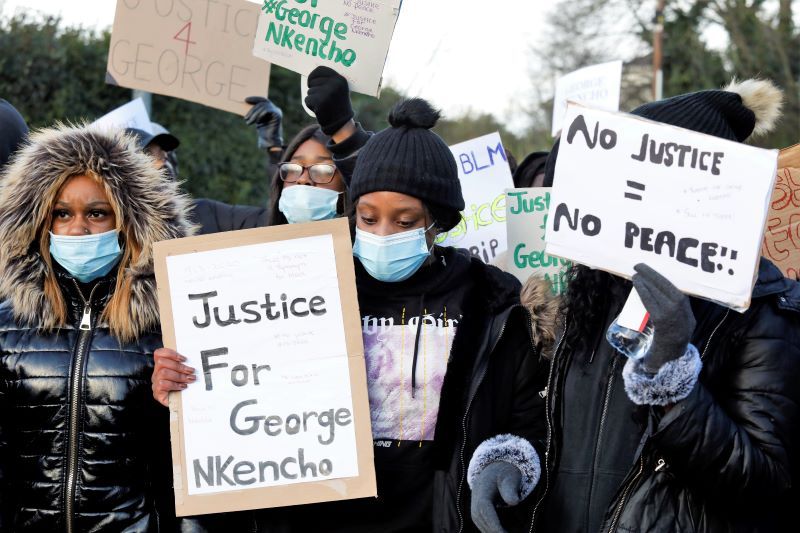 Dec 31, 2020: People outside the Blanchardstown Garda Station in Dublin protesting the killing of George Nkencho. (RollingNews.ie)

On social media, posts claiming that Nkencho had dozens of criminal convictions have gone viral. However, such posts have since been deemed false by multiple Irish publications and denounced by Nkencho's family.

One post that was widely shared and featured Nkencho’s photograph read:

This is George Nkencho. A Nigerian immigrant living in Dublin 15 Ireland.

Since arriving in Ireland as an refugee in his teens. He amassed 32 Criminal Convictions mostly for violent offenses including Robbery, Assault and Domestic Abuse.

On the 30th of December while out on bail for attacking his girlfriend with a hammer. Nkencho attacked a store manager with a large knife.

The man’s jaw was broken and his face slashed Gardai (Irish Police) on the scene were forced to shoot Nkencho dead after multiple warnings to drop his knife.

The viral post provided no source to back up its claims.

On January 3, The Sunday Independent reported that An Garda Síochána, who is "aware of threats being made at a recent rally against the officer who shot dead George Nkencho," is at the same time "very concerned" by "lies" being circulated online by "fascists and racists."

The Independent quoted “a well-placed security source” as saying: "We are aware of and are closely monitoring social media. We have concerns about escalating racial tensions.

"On the one hand, there were threats being made against the garda who fired the shots. On the other side, lies are being circulated about the man who died claiming he was a criminal when he was not.

"Unfortunately these lies went viral and lots of right-minded people in society think the dead man was a criminal when he was not. All of these things stoke the fires of racial tension."

The spokesperson added that “a full investigation” into the case is currently being conducted by the GSOC [Garda Síochána Ombudsman Commission], which provides independent oversight of policing in Ireland. The GSOC issued an appeal for witnesses on December 30, the day of the fatal incident.

Elsewhere, Irish publication The Journal consulted “multiple sources within the justice system, all of whom asked not to be identified due to the sensitive nature of the case and their work” regarding Nkencho and the viral social media posts.

According to The Journal, the post falsely claiming that Nkencho had 32 criminal convictions was shared across social media at least 2,400 times.

The Journal also debunked a separate post that featured photos which purported "to show injuries apparently inflicted by Mr. Nkencho on an employee in a shop."

The post, which was ultimately debunked, read: "The photos black lives matter dont want you all to see this is what that man [Nkencho] done to the manager in the spar shop a few minutes before he was shot."

The Journal found that one of the pictures in the post shows Jay Burns, an Everton Football Club fan who was attacked before an FA Cup game in January 2019, while the other picture is more than 10 years old and originated in the US to be used for training purposes by law enforcement authorities.

The Journal further reported that gardai confirmed that while the man in the shop did indeed sustain facial injuries, he was "not stabbed or slashed with a knife during the assault."

In a statement to The Sunday World, lawyers for Nkecnho's family said: "Attempts have been made to sully the character of George Nkencho.

"The family will be pursuing legal actions in respect of these vindictive assertions in the Courts.

"George Nkencho was a gentle son and loving brother.

"He was not known to Gardaí. He was of good character. He had suffered for many years with his mental health.

"The family have grave concerns as to the manner in which An Garda Síochána handled the incident that led to George's untimely death.

"The family through their legal representatives now intend to actively engage with the Garda Siochana Ombudsman Commission investigation with a view to establishing the truth."