George Gibney survivor reveals that she thought he'd kill her 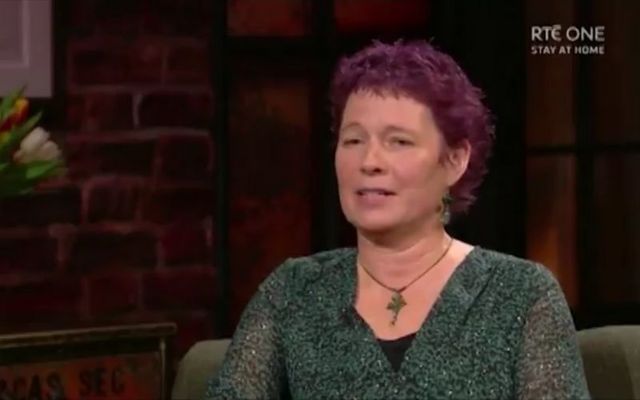 An abuse survivor of George Gibney has revealed that she feared she would be killed in her last encounter with the former swimming coach.

Trish Kearney, who was sexually assaulted by Gibney numerous times when she was 13, told Ryan Tubridy on Ireland's Late Late Show that Gibney appeared "unhinged" during her last encounter with him.

Kearney said that she last saw Gibney at a bus stop when she was 19 years old. She said that Gibney pulled up beside her and asked her to get into the car with him.

"Immediately [after] I got into the car, I did not want to be in a car," Kearney told Ryan Tubridy. "I'd actually thought that I would be one of those people that he would kill ... you know, somebody's just obsessed with them. And then they kill them."

She said that Gibney drove to the mountains and undid his seatbelt before locking the car doors, prompting her to go into "an enormous rage".

She said that she "went for" her former swimming coach and said she would have killed him.

Kearney was once an Olympic hopeful but walked away from competitive swimming just before the Seoul Olympics of 1988. She said that her aspirations were thwarted by years of abuse at the hands of Gibney.

In 1993, George Gibney avoided trial in Ireland on 27 counts of indecent assault and unlawful carnal knowledge of young swimmers and the former swimming coach now lives freely in the United States.

Kearney said that the Irish state's failure to convict her abuser had caused her pain.

"We were left with no conviction and for a lot of people at the time, no crime," she said.

"It bothered me enormously, earlier on in my life, but not so much now because I feel, for me, it's been rather healing that I knew that I would never meet him if I came up to Dublin from Cork."

"If you're hurting and you need to tell somebody your secret, you can tell your secret, and you can feel better with support"@trickearney shares a message of hope.#LateLate pic.twitter.com/HnsR6T3V4V

However,  Kearney said she was aware that Gibney had abused "a huge number of people" and that justice means different things to different people.

Kearney contributed to the popular podcast series "Where is George Gibney" - a ten-part series that tried to track down the former swimming coach while giving a voice to his victims.

She also offered a voice of hope for abuse survivors.

"I'm absolutely well past it now, I'm well through to the other side. But what I think is very important to know is that the narrative around abuse is quite hopeless, the recovery and there are lots of people traveling that road, day in, day out, and they are working fierce hard to recover,

"And I would just like to say, I can only speak for myself, but I live a life filled with love, laughter and I would somebody to know out there that there is hope, and everybody can hope for a different thing."