A gay Irish American was attending a church service with his partner when the pastor and congregation assaulted them in an attempt to “pray the gay out of them.” 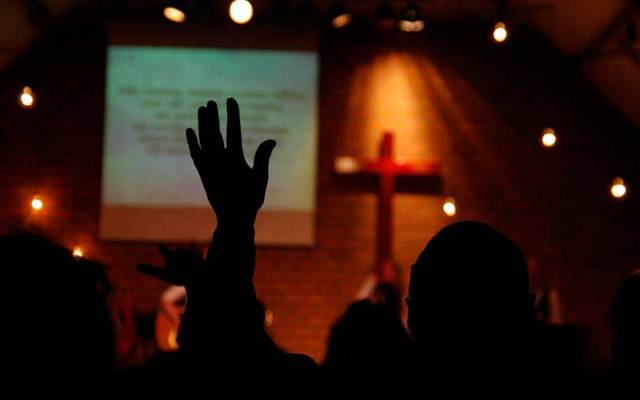 A gay Irish American and his partner were allegedly assaulted by the pastor and congregation during a church service. Getty Images

A gay Irish American was attending a church service with his partner when the pastor and congregation allegedly assaulted them in an attempt to “pray the gay out of them.”

Sean Cormie, 23, and his partner Gary Gardner attended the Sunday service on Sept. 8 because his mother and stepfather are youth pastors at the Pentecostal church in Blackwell, Okla., and he wanted to worship with them.

During the sermon, First Assembly of God Pastor Bill McKissick began walking around the room saying there was someone present in the church who was guilty of homosexuality, an “abomination of a sin,” The Washington Post reports.

The pastor then pointed to Cormie and Gardner and members of the congregation surrounded them, “praying the spirit of homosexuality out of us,” wrote Cormie in a Facebook post about the incident.

When the couple tried to leave, Cormie’s grandmother pushed Gardner, who then ran out of the church. Cormie says he was pinned down by a dozen family members and other congregants, then slammed into a wall and punched in the face.

He said the entire time everyone was yelling and crying, trying to “pray the gay away.”

The church pastors, McKissick and his wife, Tami, told KFOR an NBC affiliate in Oklahoma City, that the incident was a “family matter that escalated.”

“Our church would never condone restraint of any person unless they were engaged in violent activity. There is much more to this incident, and we are cooperating fully with law enforcement to hopefully bring all of the facts to light as a rush to judgment is not in anyone’s best interest.”

Mark Forrester, senior director of public relations and communication for Assemblies of God, said in a statement: “The Assemblies of God believes that all people are created in the image of God and are worthy of respect and dignity, regardless of their personal beliefs. We certainly condemn any acts of violence or acts against an individual’s will.”

Cormie, who came out last spring, has said that he believes homosexuality is a sin but that it’s also his nature.

In his Facebook post, he wrote: “I am a proud gay Christian. Praying daily to God for justice and mercy on these sad acts of the church’s actions as a whole."