The burned body of French au pair Sophie Lionnet was found in the South London home of Sabrina Kouider. 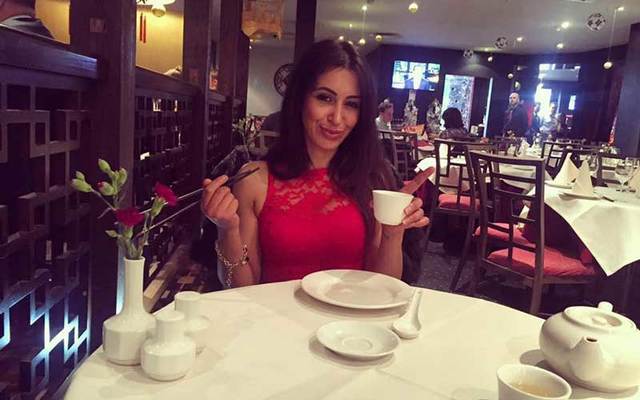 Sabrina Kouider, the former girlfriend of Irish boy band Boyzone founder Mark Walton, has been arrested on suspicion of murdering her nanny. Facebook

The former girlfriend of one of the founders of the Irish boyband Boyzone has been accused of killing her nanny and burning her body.

Kouider, the mother of two children, is being questioned along with a 40-year-old Ouissem Medouni, a French-Algerian man who has been living with Kouider, reports Heavy.com.

Kouider, who has been described as a socialite and makeup artist, has lived at the home in the Southfields neighborhood of South London since 2013.

She has a six-year-old son with Boyzone founder Mark Walton and a three-year-old girl with another man.

Walton is now an A&R music executive in Los Angeles and also serves as a judge on Vietnam’s version of American Idol.

A neighbor told the Daily Mail that her child thought Kouider was having a barbecue.

She said: “My young son called out, ‘If you are having a barbecue, are we allowed to come?’ I told him, ‘No, that’s not a barbecue, that’s a bad smell.’ I thought they may be burning leaves.”

A local store-owner, Sunny Patel, told the Daily Telegraph that Lionnet had not been seen since August.

Mark Walton, one of the founders of Irish boy band Boyzone. Credit: Facebook

He said: “I have not seen the nanny since late August. She used to come in with kids twice a day to buy them sweets. She loved about 13 but was actually in her early 20s. A very polite, pleasant girl. She was French. The family was also French. The nanny has lived her for at least 20 months, she was here last Christmas…

“Last night I saw plumes of smoke coming from the garden – lots of smoke, not much flames – but just thought it was a garden fire. Then … we were told that the man was arrested and then his wife.”

Lionnet, a native of Troyes in northern France, was reportedly only paid $63 a month. Because Kouider lived a busy social life, the au pair was reportedly forced to work long hours.  Lionnet had recently contacted relatives in France to arrange to move back home.