The children's parents, aunt, and two uncles were convicted on 77 charges, including rape, sexual abuse, exploitation, and wilful neglect. 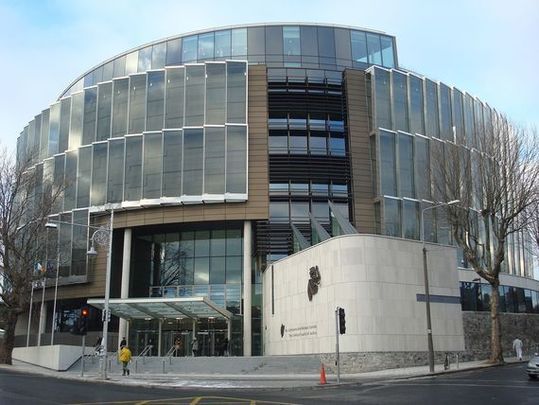 The five family members were convicted at the Central Criminal Court on Friday. Dubh Eire CC

Five family members have been convicted of 77 charges, including the rape and exploitation of three children over the course of two years between 2014 and 2016.

The children's parents, aunt, and two uncles were also convicted of sexual assault and wilful neglect of the children at the Central Criminal Court in Dublin on Friday afternoon.

All alleged offenses are believed to have taken place in Munster between August 18, 2014, and April 28, 2016, when the children were aged between one and nine.

The children's 56-year-old father was convicted on a total of 31 counts, including the rape and exploitation of three of his children and of allowing them to be sexually assaulted by others. He was also convicted of the wilful neglect of five of his children.

Meanwhile, the children's 34-year-old mother was convicted on 25 charges, including the sexual assault of three of her children and of the sexual exploitation of her eldest son. She was also found guilty of wilful neglect and allowing her three children to engage in sexual activities with others.

The children's 27-year-old uncle was found guilty on nine charges, including the rape and sexual exploitation of his niece and nephew. He was acquitted of one charge of sexual assault.

A second uncle, aged 49, was convicted on 10 charges, including the rape of the young daughter and the sexual abuse of her two brothers, while he was also found guilty of sexual exploitation.

The man's 35-year-old wife was found guilty on three charges, including the sexual abuse of the girl and her younger brother.

The jury took just over 20 hours to deliver the guilty verdicts, with deliberations ongoing since last Thursday.

The five family members will be remanded in custody until October 4, when they will return to the Central Criminal Court for sentencing.

Friday's verdicts came after more than nine weeks of evidence, which began with the testimony of the two of the children in the form of recorded video interviews which took place in 2017.

The children, who were aged eight and nine at the time of the interviews, told members of An Garda Síochána that they had been abused by several family members.

The boy and girl, who are now aged 11 and 12, were later cross-examined via video link in the presence of an intermediary who helped them understand the questions put to them.

Meanwhile, the older boy, now aged 14, also appeared via video link and described the abuse and exploitation that took place in the family home.

The jury additionally heard that the children's mother admitted to gardaí that she had abused some of her children and that she was sorry for what happened after her arrest in 2016.

All other family members denied any wrongdoing.

The defense argued that the prosecution's only evidence was the testimony of the children, which could not be relied upon after allegations against the children's grandmother and another aunt had been withdrawn.

The defense additionally argued that it was simply not credible that such abuse was ongoing when the family was under the scrutiny of social services.

The prosecution, on the other hand, said that the process of communication with the children was not perfect but that there was no "perfect way to be a child victim, no rule about how you communicate the wrong done to you".

Extensive reporting restrictions are in place to protect the welfare of the children.