The virus was diagnosed in a baby girl 14 months after she was born, according to the doctors at the national maternity hospital on Holles Street. 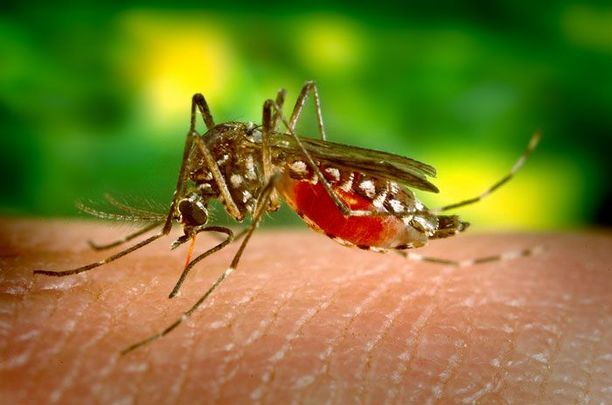 Aedes mosquito: The Zika virus was diagnosed in Ireland four years after the WHO declared a public health emergency. Flickr.com / James Gathany

Medics in a Dublin maternity hospital have confirmed that a baby was born in Ireland with the congenital Zika virus, the first and only case of the virus ever diagnosed in the country.

The virus was diagnosed in a baby girl 14 months after she was born, according to the doctors at the national maternity hospital on Holles Street who were writing in the Irish Medical Journal.

The paper revealed that the baby's mother had been traveling in her native Brazil during the first trimester of her pregnancy and that she developed fever and myalgia.

The virus was detected in the mother's blood 11 weeks into her pregnancy but was no longer present after 31 weeks.

Her daughter, meanwhile, was diagnosed with severe microcephaly at birth - when a baby's head is smaller than normal - but the examination was otherwise normal.

She now requires a multidisciplinary healthcare team to care for her, according to the doctors in the Irish Medical Journal.

The World Health Organization declared the Zika virus a public health emergency in 2016 after an estimated 1.5 million people tested positive for the virus in Brazil.

The WHO expressed concerns of severe postnatal neurological complaints in babies born with the virus, with around 3,500 cases of microcephaly reported in a three-month spell between October 2015 and January 2016.

The virus is transmitted by Aedes mosquitos, which bite during the day.

Most people who contract the virus don't show any symptoms and the WHO declared that the virus was no longer a public health emergency in November 2016 after cases in South America dropped dramatically.

Here is a short documentary from the CDC on the Zika virus: