Call to end Irish Diaspora citizenship for Americans over COVID

Now is not the time for nativism in Ireland as the island nation must fight to keep US / Irish relations strong during COVID-19 crisis. 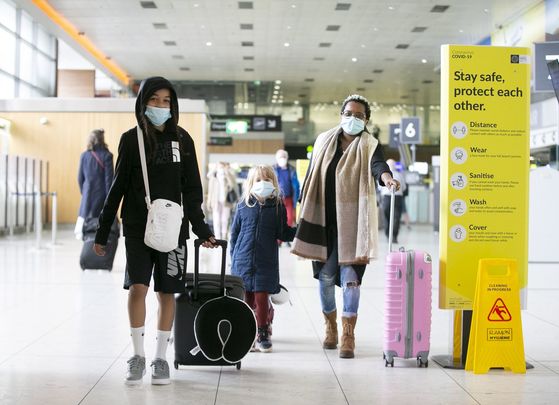 "Speculative stories have been appearing about gangs of Americans barreling in through Dublin Airport." RollingNews

The right for Irish Americans to claim Irish ancestry if they can prove their grandparents or parents were Irish citizens may be about to come under attack because of  COVID-19.

In an extraordinary piece in the opinion pages of The Irish Times, Ronan McCrea, professor of Constitutional and European Law at University College London,  calls for a full review of how citizenship is granted and claims that Ireland’s COVID problem will be a lot worse because Irish Americans with ancestral passports can enter the country freely.

This is Irish nativism of the worst kind predicated on a handful of anecdotes without a single confirmable case, of any Irish American bringing COVID-19  into Ireland.

For over a week now, speculative stories have been appearing about gangs of Americans barreling in through Dublin Airport and refusing to take part in the 14-day mandatory quarantine.

None of the stories have actually confirmed such behavior. It is all anecdotal, Twitterverse.

Turned out there were only 16 people on board and almost all were Irish citizens returning home.

The furor forced Foreign Minister Simon Coveney to clarify the truth of the infamous Dallas flight.

“One of the flights from Dallas, for example, which has been the subject of some tension in the media and social media, there were only sixteen people on that flight,” he told the Times.

Coveney also said most passengers arriving from the United States were Irish people coming home. He  noted “We need to put this in perspective”

Indeed. We don’t know what kind of constitutional law McCrea calls himself an expert in, but stopping Irish Americans becoming Irish citizens over COVID fears smacks of the worst kind of ugly nativism and utter overreaction.

McCrea paints a completely absurdist landscape where he says, that  1 percent of Americans could claim Irish citizenship and move en mass to Ireland because COVID rages out of control in the US..

That's about 3 million Americans. There is as much possibility of that happening as Ireland disappearing into the ocean overnight. Yet this “constitutional expert” paints a dire scenario where Ireland is overrun by COVID mad Texans all brandishing their Irish passport to get in.

It is truly ironic in the week that the legendary Irish soccer manager Jack Charlton died that someone is even suggesting cutting off ancestral Irish from their roots.

Charlton’s Irish teams were the very opposite of such nativism, gladly accepting players with Irish roots and turning them and the team into legends. The Irish Diaspora was never more alive and real as during the World Cup of 1994 held in the US.

Despite all this, McCrea believes it is time to end citizenship for Diaspora Irish. “The Irish authorities may want to consider if there is a fairer, more targeted and more cautious means of nurturing links with the diaspora than granting full citizenship on the basis of tenuous blood links. UK immigration law, for example, has a scheme that allows those with ancestral connections to come and work for a time in the UK. This allows those with a desire to nurture a significant relationship with the homeland of their forebears to do so without granting full citizenship indiscriminately to anyone with an ancestral connection.”

What tripe. The Diaspora connection will long outlast the COVID-19 crisis, There was nary a voice raised during the decades of Irish Americans filling tourist coffers in Ireland and it is extraordinary how quickly the bonds of mutual regard and affection are under attack.

While we wait for the sky to darken with planes bringing COVID-19 passengers to Ireland as McCrae envisages perhaps we should think about how America and Ireland need each other more than ever. The time to turn nativist, and frankly, racist is not now.

Stick to the facts. Yes, America has handled COVID very badly but no there is no American invasion about to happen.  We should be looking to the great day when COVID is no longer the all-menacing killer virus it has become and planning on rebuilding the vital links between the Diaspora and native Irish.