Shannon M. Kent, one of four Americans killed in Syria in January, remembered at a U.S. Navy memorial ceremony in Annapolis, Maryland. 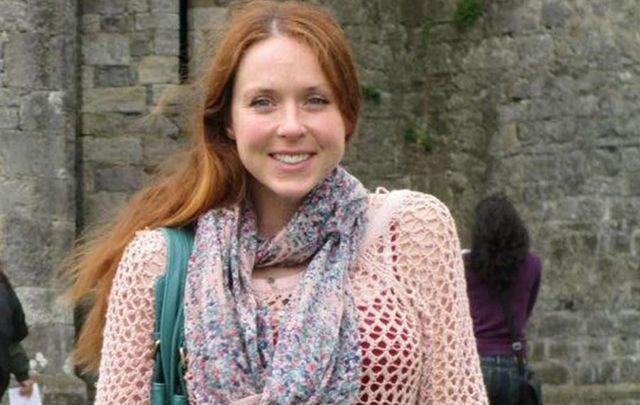 Shannon M. Kent, a Navy sailor from Pine Plains who was one of four Americans killed in Syria in January, was remembered at a U.S. Navy memorial ceremony in Annapolis, Maryland.

The 35-year-old chief cryptologic technician, Shannon M. Kent, was killed on Jan. 16 in a suicide bomb blast in the Syrian city of Manbij.

The Poughkeepsie Journal reports that local residents paid tribute to Irish American Kent’s kindness and compassion on social media, some of whom knew her from Stissing Mountain High School, where she graduated in 2001.

"I am not surprised she quickly rose through the ranks as a Navy cryptologist as she was a master of languages - speaking seven fluently," he said. "Those of us who knew her personally will remember her brilliant mind, loving nature, and always hold her as our small-town hero. I pray that her family finds comfort and support during this difficult time."

Almost 2,000 people showed up at Friday’s ceremony, which was hosted by Cryptologic Warfare Activity 66, her Maryland-based troop.

“Everyone is here today because Shannon was a pillar of strength who we respected, loved and revered,” Senior Chief Cryptologic Technician Denise Vola said. “If we needed something, she was there. She worked tirelessly to help others and she reached for the stars.

“Shannon was a true warrior, a sister, and a friend,” she said.

Kent enlisted in the Navy in 2003. She graduated from boot camp in Illinois and went on to be assigned to bases across the country.

Joseph Harrison, the commanding officer of CWA-66, said Kent had the “right heart-set and mindset,” committing herself to the group and serving as a “model for others to emulate.

“Her strength, courage, confidence and resiliency were infectious and exactly what you want in a Chief Petty Officer.”

Kent is survived by her husband and two young sons.

Here is a tribute posted by the US Department of Defense: