A 60-year-old man is currently in custody following the brutal attack and death of Jean Eagers in her Co Dublin home. 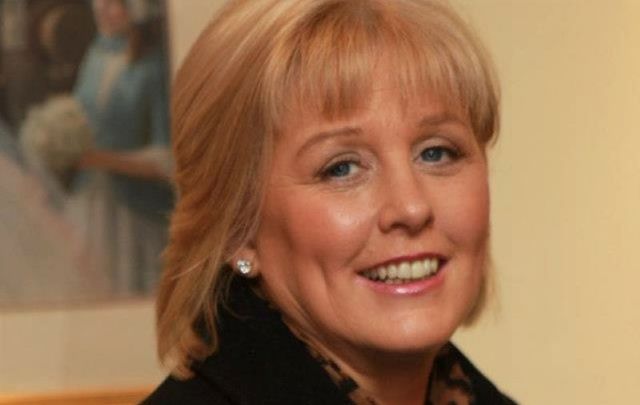 Jean Eagers, 57, died after being horrifically attacked in her own Blanchardstown, Co Dublin home on Sunday. Jean Eagers, Facebook

Jean Eagers, an Irish mother-of-two, has died after she was allegedly attacked with a meat cleaver and a samurai sword in her Dublin home.

Jean Eagers, 57, died after she was brutally attacked in her Blanchardstown in Co Dublin home at around 11:30 a.m. on Sunday, June 21.

Eagers' son raised the alarm during the attack and armed Garda units were dispatched to the house on Willow Wood Grove in Hartstown.

The armed gardaí tried to gain access to the house but were denied access, prompting them to eventually storm the house and taser a male suspect, according to several reports.

Emergency services treated Eagers at the scene following the arrest, but she was pronounced dead a short time later.

The Irish Times reports that a meat cleaver and a samurai sword were among the "weapons" recovered at the scene.

Eagers' body was transported to the City Morgue on Sunday and State Pathologist Dr. Kathleen Han will carry out a postmortem examination on Monday.

Members of the Garda Technical Bureau carried out a detailed examination of the crime scene on Sunday.

A statement released by Gardaí on Sunday said: "Gardaí in Blanchardstown are investigating all of the circumstances surrounding the death of a 57-year-old woman following an incident in a house in Hartstown on Sunday, 21st June 2020.

"At approximately 11:30 a.m. Gardaí attended the scene of an incident at a house on Willow Wood Grove, Hartstown where a 57-year-old woman was discovered with serious injuries.

"The injured woman was treated at the scene by emergency services personnel but was pronounced dead a short time later. A 60-year-old man was arrested at the scene and detained under Section 4 of the Criminal Justice Act, 1984 at Blanchardstown Garda Station."

Gardaí are appealing for any witnesses of the horrific event to come forward.