Blanchardstown locals filed an appeal against plans for the mosque in the area, citing concerns the call to prayer would cause "noise pollution." 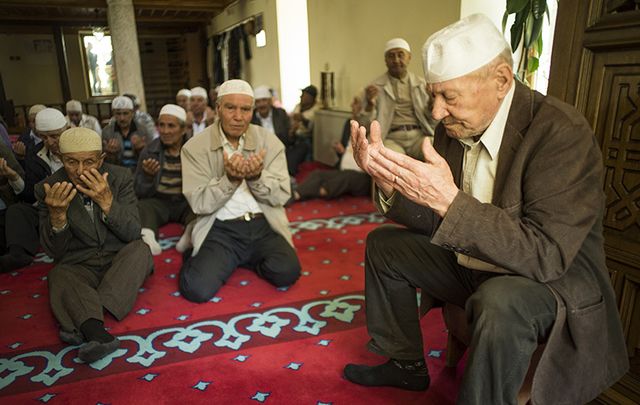 Men at prayer in a mosque. iStock

Locals in west Dublin have filed an appeal against plans for a large-scale mosque in the area, citing concerns the call to prayer would cause “noise pollution.”

The Fingal County Council granted planning permission for a mosque to the Shuhada Foundation of Ireland last month. The mosque, including a 95ft tall minaret, a community center, and a primary school is to be built on the site of Warrenstown House, in Blanchardstown.

Dr Taufiq al-Sattar, a neurosurgeon in Dublin, pledged to build the mosque in memory of his late wife and three children who died in an arson attack in Leicester, England, in September 2013.

The Irish Times reports that plans for the development were first lodged with the council just over a year ago. The plans were revised earlier this year after the council raised concerns about the scale of the development, which would be one of the largest mosques in Ireland.

Patrick Regan, a formal local resident now living in Ashbourne, County Meath, has appealed to An Bord Pleanála about the council’s decision. He said there has been “no interaction” with local residents about the project.

He says Dublin 15 was “one of the largest and most welcoming multi-cultural communities in the county. However, the large scale and size of this project represents a major regional religious and cultural center which will serve a huge area.” The center would generate “huge potential traffic congestion” and parking issues, as well as noise pollution, he said.

“The call to pray can often start as early as 5.30am and the last call to pray at 9pm causing noise pollution with up to 150 worshipers attending at any one time during normal day prayers without the celebration of Ramadan and other social events.”

When granting permission for the development, the council had ordered that the call to prayer “shall not be audible from outside of the site boundaries” and that no other music or “amplified sound” could be broadcast.

Dr. al-Sattar said the development would “comply with all of the conditions” set down by the council. “We are not going to have any music, and we told the council that in the first place.”

He added that the foundation would also be funding road widening as part of the development to address traffic issues.

The mosque is being financed from Dr al-Sattar’s family fund and life savings, as well as donations from the Muslim community in Leicester. He will also fund-raise among the medical community in Saudi Arabia and Pakistan for the development.