Beautiful letter to Santa encapsulates the spirit of Christmas past, including a wish list and a good luck message to Father Claus 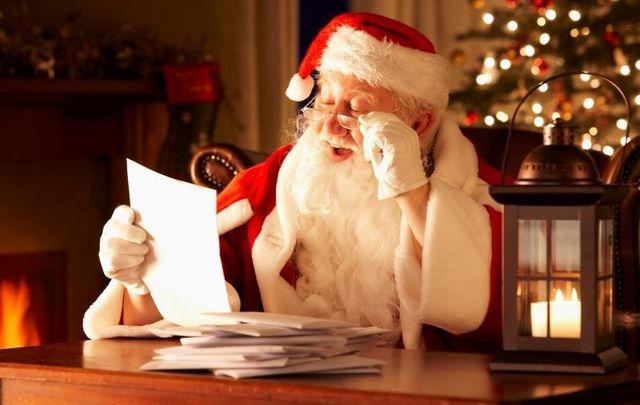 Co Down man discovers a letter his mother wrote to Santa Claus when she was a child in 1911. Getty Images

Beautiful letter to Santa encapsulates the spirit of Christmas past, including a wish list and a good luck message to Father Claus

Co Down man Victor Bartlem was shocked to learn that the letter his mother had written to Santa Claus on Christmas Eve 1911 was discovered nearly a century later in the family's former home.

Bartlem only learned about the incredible tale after his wife read a story about the discovery of the century-old letter in The Irish Times, but didn't immediately make the connection that it was his mother who had written the letter as a child.

The paper reported how Terenure resident, John Byrne, discovered the 1911 letter to Santa from "A. or H. Howard" on a shelf behind a chimney at his home in 1992, but decided to wait until 2011 to publicize it to mark it 100 years.

The letter, slightly scorched after a century by a chimney, was written on Christmas Eve by 10-year-old Hannah, who went by Annie, hence the signature reading "A. or H."

Upon hearing the address where the letter was discovered, Bartlem figured the scenario was a coincidence. It wasn't until he learned an 'Annie Howard' had signed the letter that he realized it was his mother.

“I simply couldn’t believe it. I never knew about this letter. I never even knew it existed,” Bartlem told the Irish Times.

The letter, which captured the spirit of Christmas past, included a present wish list and a good luck message to Santa.

“I want a baby doll and a waterproof with a hood and a pair of gloves and a toffee apple and a gold penny and a silver sixpence and a long toffee,” wrote Hannah, born on Christmas Day 1900.

“My mother attended the Zion Church of Ireland school in Rathgar before going on to marry Alfred Bartlem in 1931, with whom she had two sons, Howard and Victor. She and Alfred moved to a house on Lomond Avenue, Fairview, shortly after they married, where she died in 1978,” reported Victor.

He added that his mother had been extremely creative, excelling at various forms of needlework and later at woodwork and was also an expert baker of cakes and other confectionery.

Her niece Iris Murphy, who lives in Dublin, also contacted the paper after she was alerted to her aunt’s story when her daughter in Tasmania read about it on IrishTimes.com.

“My aunt was a very happy-go-lucky person with a great sense of humor,” said Iris.