1. On President Obama’s long-form birth certificate - "I have people that have been studying [Obama's birth c... 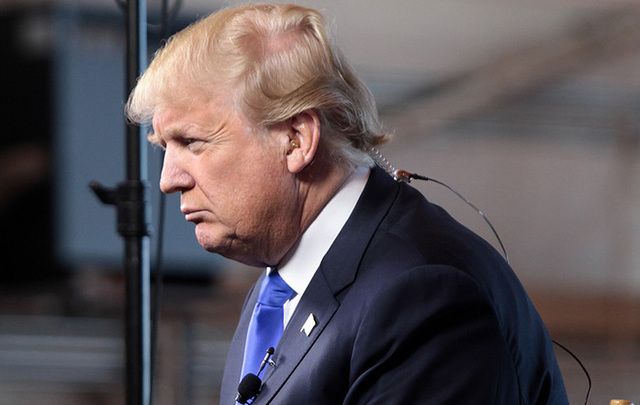 "I have people that have been studying [Obama's birth certificate] and they cannot believe what they're finding... I would like to have him show his birth certificate, and can I be honest with you, I hope he can. Because if he can't, if he can't, if he wasn't born in this country, which is a real possibility…then he has pulled one of the great cons in the history of politics."

2.    After the release of President Obama’s long-form birth certificate

“Today I'm very proud of myself, because I've accomplished something that nobody else has been able to accomplish. I was just informed, while on the helicopter, that our president has finally released a birth certificate. I want to look at it, but I hope it's true, so that we can get on to much more important matters, so the press can stop asking me questions. He should have done it a long time ago. Why he didn't do it when the Clintons asked for it, why he didn't do it when everyone else was asking for it, I don't know. But I am really honored, frankly, to have played such a big role in hopefully, hopefully getting rid of this issue. Now, we have to look at it, we have to see, is it real? Is it proper? What's on it? But I hope it checks out beautifully. I am really proud, I am really honored.”

3.    On his continued skepticism of the legitimacy of Obama's American citizenship

"(Obama) didn't know he was running for president, so he told the truth. The literary agent wrote down what he said...He said he was born in Kenya and raised in Indonesia."

"It's like in golf. A lot of people — I don't want this to sound trivial — but a lot of people are switching to these really long putters, very unattractive. It’s weird. You see these great players with these really long putters, because they can't sink three-footers anymore. And, I hate it. I am a traditionalist. I have so many fabulous friends who happen to be gay, but I am a traditionalist."

“We're going to be "gifted" with a health care plan we are forced to purchase and fined if we don't! Which purportedly covers at least ten million more people without adding a single new doctor, but provides for 16,000 new IRS agents, written by a committee whose chairman says he doesn't understand it, passed by a Congress that didn't read it but exempted themselves from it, and signed by a Dumbo President who smokes, with funding administered by a treasury chief who didn't pay his taxes, for which we'll be taxed for four years before any benefits take effect, by a government which has already bankrupted Social Security and Medicare, all to be overseen by a surgeon general who is obese , and financed by a country that's broke!!!!!
'What the hell could possibly go wrong?”

7.    While joking about the possibility of running for US President

"I think the only difference between me and the other candidates is that I'm more honest and my women are more beautiful."

"I heard he was a terrible student, terrible. How does a bad student go to Columbia and then to Harvard?"

9.    On the threat he poses to the Obama reelection campaign

"I know for a fact that I am the only candidate they are concerned with," Trump told The Daily News. "They are very concerned because I am challenging him as to whether or not he was born in this country where there is a real doubt."

10.    More on his Obama citizenship doubts

"If I got the nomination, if I decide to run, you may go back and interview people from my kindergarten. They'll remember me. Nobody comes forward. Nobody knows who he is until later in his life. It's very strange. The whole thing is very strange."