Deirdre Morley is accused of killing her three children Conor McGinley, 9, Darragh McGinley, 7, and Carla McGinley, 3 at their home in Dublin in January 2020. 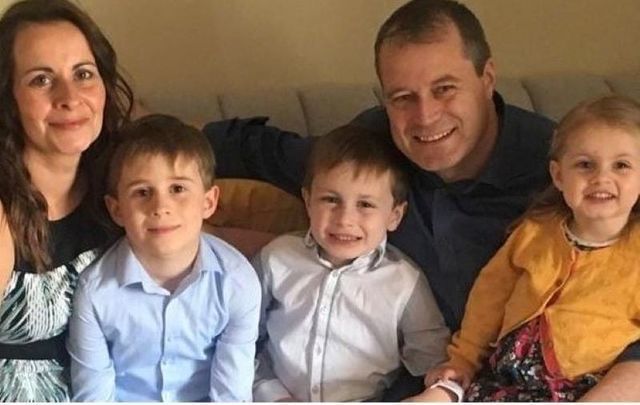 A 44-year-old woman accused of murdering her three children in her Dublin home in January 2020 has pleaded not guilty by reason of insanity.

Deirdre Morley, from Newcastle in County Dublin, is charged with the murder of her three children - Conor McGinley, 9, Darragh McGinley, 7, and Carla McGinley, 3 - at their family home in Parson's Court in January 2020.

The three bodies were discovered at the home at around 8 p.m. on January 24, 2020, by the children's father Andrew McGinley and members of An Garda Síochána.

The deaths caused a huge outpouring of public grief and sympathy and the children's funeral on January 31, 2020, drew more than 1,000 mourners.

Morley was found was by a taxi driver shortly before her children's bodies were discovered and was treated for several days at Tallaght University Hospital.

She was subsequently charged with the three murders on January 28 and ordered to undergo a psychiatric evaluation.

She has been in custody at the Central Mental Hospital in Dublin for the last 16 months and didn't attend several court hearings throughout 2020 because she was deemed too mentally unwell.

Morley was arraigned before the Central Criminal Court on Monday afternoon and pleaded not guilty by reason of insanity when the registrar read out the three counts on the indictment.

Her trial is due to begin on Tuesday morning and will last for three days.

A jury of ten men and two women were sworn in at the Central Criminal Court on Monday.

Mr. Justice Paul Coffey addressed the jurors and said that anyone who knew Morley or had any knowledge of the events at Parson's Court on January 24, 2020, should not serve on the jury.

In a brief statement released through An Garda Síochána after Morley's arrest in January 2020,  the children's father Andrew McGinley said: "There are no words. There is only devastation, grief and anguish. Every breath is a struggle.

“The future has now become our enemy but we will battle it every day to keep the memory of Conor, Darragh, and Carla alive."