Daniel Murtagh will receive a mandatory life sentence after he was found guilty of murdering his ex-partner Nadine Lott in her apartment in December 2019. 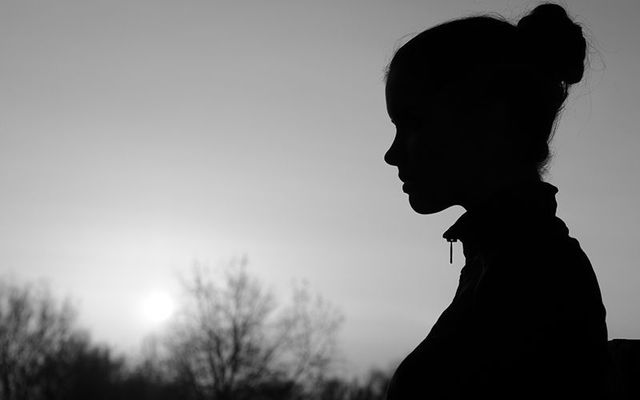 Nadine Lott suffered "severe blunt force trauma" and stab wounds to the hands during the attack and also heard that her injuries were so severe that she never regained consciousness before dying. iStock

A Dublin man will receive a mandatory life sentence after he was found guilty of the brutal murder of his ex-partner in December 2019 in what was described in court as a "sustained and violent attack".

Daniel Murtagh, from Clondalkin in County Dublin, had pleaded not guilty to the murder of his ex-partner Nadine Lott in her Arklow apartment on December 14, 2019, and instead pleaded guilty to manslaughter.

The jury heard that Lott suffered "severe blunt force trauma" and stab wounds to the hands during the attack and also heard that her injuries were so severe that she never regained consciousness before dying of her wounds three days after the attack in St. Vincent's Hospital.

Daniel Murtagh guilty of the murder of his former partner Nadine Lott at her Arklow home in December 2019 https://t.co/ZVA5EB4Rge

Murtagh claimed that he was too intoxicated to have formed the intent to murder Lott and that the attack would never have occurred "but for the drink and the drugs," he had taken before the incident.

Shortly after the assault, Murtagh told gardaí (Irish police) that he had taken two pills, drunk 350ml of Captain Morgan rum, and smoked a joint. He also told officers that he had been on methadone for the previous three months.

Prosecution counsel John O'Kelly SC argued in his closing speech that there was no defense in this case on the grounds of intoxication, stating that Murtagh had demonstrated "the clearest intent" when he inflicted brutal injuries to the beautician's face.

"Just look at what the accused didn't do and what he never tried to do - he never raised a hand to get Nadine any kind of help," O'Kelly said.

The 12 jurors took five hours and 46 minutes over two days to unanimously accept the prosecution's argument that the attack was "nothing short of murder" and that intoxication was not an acceptable defense.

Murtagh will now be remanded in custody until October 4 when Mr. Justice Michael MacGrath will hand down a mandatory life sentence.

Lott's family will be given an opportunity to make a statement to the court about the impact of her loss on that date.

Her family stood in silence outside the Central Criminal Court while the verdict was delivered yesterday, with each family member wearing face masks with "Nadine" printed on them.

The family filed into the courtroom after the verdict was delivered and silently comforted one another.

The victim first met Murtagh while living in Darwin, Australia, but their relationship did not work out.

The court heard that Murtagh moved in with his parents in Clondalkin and Lott moved to Arklow when the pair returned from Australia.

Murtagh traveled to Lott's apartment in Arklow on the night of December 13 while Lott attended her aunt's birthday party.

Neighbors heard screaming just after 4 a.m. on December 14, while witnesses saw that the door to the apartment had been left ajar.

A neighbor told the court that she went to investigate the commotion and witnessed Murtagh attacking Lott on the living room floor.

Emergency services rushed to the scene and swiftly moved Lott to St. Vincent's Hospital in Dublin, where she died of her injuries three days later.

A paramedic who attended the scene told the court that the call to Lott's apartment will "haunt" him for the rest of his career, while an intensive care nurse told the court that Lott was "completely unrecognizable" following the attack. The nurse said that she had never seen someone so badly beaten in her career.

Meanwhile, Chief State Pathologist Dr. Linda Mulligan said that Lott suffered 64 individual injuries and died as a result of blunt force trauma to the head, neck, and chest. The court heard that Lott also suffered a stab wound to the neck and suffered multiple cardiac arrests and a traumatic brain injury as a result of the attack.

Garda Superintendent Declan McCarthy told reporters outside the court that it was important to remember the victim rather than the perpetrator of the attack.

Family and friends of Nadine Lott standing together outside the court after today’s verdict - all wearing masks with her name on them @rtenews https://t.co/hwldw0DIYU pic.twitter.com/rvU0TB6m5h