Hundreds of demonstrators gathered in Dublin in October to protest against the planned development of a nine-story hotel around the iconic Cobblestone Pub in Smithfield. 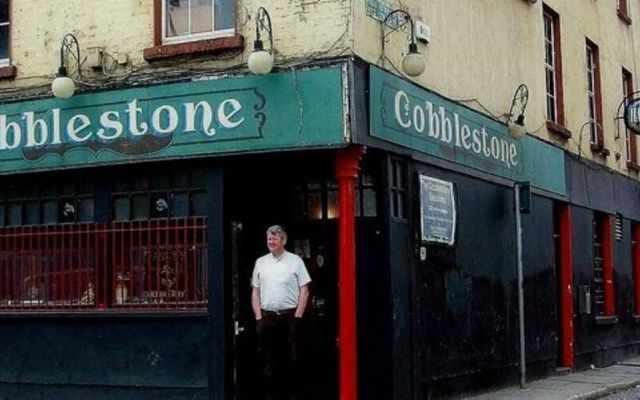 The Dublin City Council has refused planning permission for a hotel around one of the city's most famous traditional music pubs.

Hundreds of demonstrators gathered in Dublin in October to protest against the planned development of a nine-story hotel around the iconic Cobblestone Pub in Smithfield.

The pub is a protected structure and would have to be retained as part of any development. However, the development would have greatly reduced the size and capacity of the famous live music venue, demolishing the pub's backroom venue and outdoor area.

Management at the pub argued that the development would turn the Cobblestone into a defacto residents' bar.

The council's planning authority said that the development would be "overbearing and significantly out of scale" with the architectural context of the surrounding area.

It added that the hotel would be a "substantial over-development" of a sensitive site that includes historical buildings and protected structures ranging from three to four stories in height.

Furthermore, the council said that a nine-story hotel development would overwhelm the historical buildings and "cause injury" to their architectural significance, character, and setting.

The development would not make a positive contribution to the "urban character" of the area, the council said, while it would appear "unduly dominant in the streetscape and visually incongruous".

The demolition of historical buildings and protected structures would "represent an unacceptable loss of historic fabric", the council added.

The council argued that the demolition of the Cobblestone would also set an "undesirable precedent" contrary to the sustainable planning and development of the local area.

It said that the removal of a space dedicated to the teaching, rehearsal, and performance of Irish music would be contrary to the planning provisions regarding Dublin's culture.

The council's decision was welcomed by a group that had appealed against the development last month.

Eoghan Ó Ceannabháin, a musician who established the Save Our Cobblestone petition, described the news as "brilliant" but said that the battle was not over.

"It really shows what people power can do. It’s great news but it’s not over yet, the developer can still appeal," he told the Irish Times.

Ó Ceannabháin said that the petition had received significant public support due to the Cobblestone's importance to the local community and because Dubliners are fed up with the number of hotels being built in the city.

"I think it was the last straw for a lot of people over what’s happening in Dublin recently where we keep rolling out the red carpet for developers and then there are a huge number of hotels going up."

Dublin councilor Nial Ring added that the council's decision represented a great day for the city's musical culture in addition to its language culture and heritage.