Cork GAA to confiscate Confederate flags at its matches

Cork supporters sometimes wave the Confederate flag during inter-county football and hurling matches due to the county's association with rebellion. 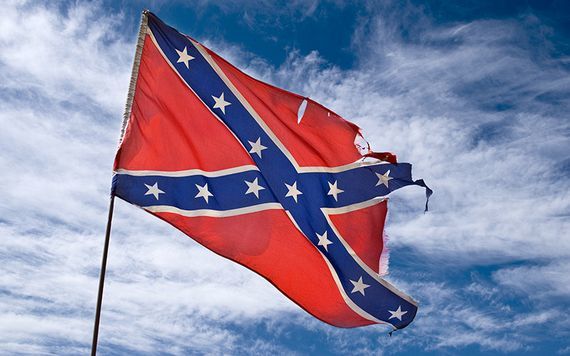 Cork supporters have flown the Confederate flag at GAA matches for years. iStock

Cork GAA officials will confiscate Confederate flags from any supporters attending hurling and football matches when sport resumes in front of live audiences.

Cork supporters sometimes wave the Confederate flag during inter-county football and hurling matches due to the county's association with rebellion. There is also perhaps some sense of identification with the losing side of the US Civil War since Cork was the rebel stronghold during the Irish Civil War.

However, in the wake of the Black Lives Matter protests taking place around the world, some sporting organizations have banned the flag, citing links to slavery and racism in the Deep South of America.

Cork GAA has followed NASCAR in the United States by issuing an outright ban on the flag at any game and Tracey Kennedy, chairwoman of the Cork County Board, said that stewards would confiscate the flag from any supporters that carried it.

"As far as I'm concerned, the Confederate flag is banned," she said.

Kennedy's predecessor Ger Lane had previously urged Cork supporters to avoid flying the flag in 2017 and she said that Lane's appeal made it very clear that the flag was not welcome in Cork stadiums.

Read more: Remembering the Irishmen who fought for the Confederates during the Civil War

"Ger’s statement in 2017 was very clear when he asked our supporters not to bring the flag to our grounds, not to use the flag, so as far as I’m concerned, it's banned," she said.

"I’m happy to make that position explicit and say it’s banned from our grounds. It has no place in our grounds or in supporting Cork teams."

She said that the flag was already effectively banned by the Cork County Board but that she would bring a formal motion before the board if it was required.

The flag was adopted by the Confederate States of America during the Civil War in the 1800s as they fought against the abolition of slavery. A number of white supremacist groups, including the Ku Klux Klan, have adopted the flag as a symbol of white power.

Joe Moore, of the Cork Anti-Racism Network, told the Irish Times that there should be no argument about banning the flag due to its ties with groups like the KKK and said that the flag should have been banned years ago.

Moore said that corks reputation as the "Rebel County" stemmed from an anti-imperialist rebellion, not a rebellion to protect racism and slavery and said that there was no argument to allow the flag at games.