Work on the new ship began at the National Steel and Shipbuilding Company shipyard in San Diego on Friday, May 21. 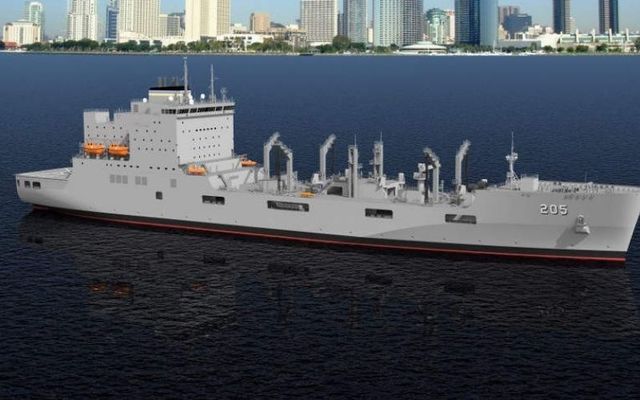 Construction on the US Navy's new USNS Robert F. Kennedy replenishment oiler has begun at a shipyard in San Diego.

Work on the new ship began at the National Steel and Shipbuilding Company shipyard in San Diego on Friday, May 21.

The USNS Robert F. Kennedy (T-AO 208) is the first ship named after the Navy veteran, former US attorney general, and 1968 presidential candidate.

The ship will be operated by the Navy's Military Sealift Command and will be the fourth John Lewis-class ship - the new generation of Navy oilers that was launched in January 2021.

The John Lewis-class ships are based on commercial design standards and will recapitalize the current T-AO 187 Class Fleet Replenishment Oilers to provide fuel to US Navy ships and jet fuel for aircraft assigned to aircraft carriers.

The ships are part of the Navy's Combat Logistics Force and will form the backbone of the US Navy's fuel delivery system.

"USNS Robert F. Kennedy will provide significant contributions to the fleet, serving as the primary fuel pipeline to refuel ships at sea. The building of the John Lewis-class ships marks an important milestone in enhancing our Navy’s fleet capabilities and providing critical support to our Sailors," said John Lighthammer, the Navy's Support Ships, Boats, and Craft Acting Program Manager.