The best of the J-1 Graduate Visa Series. 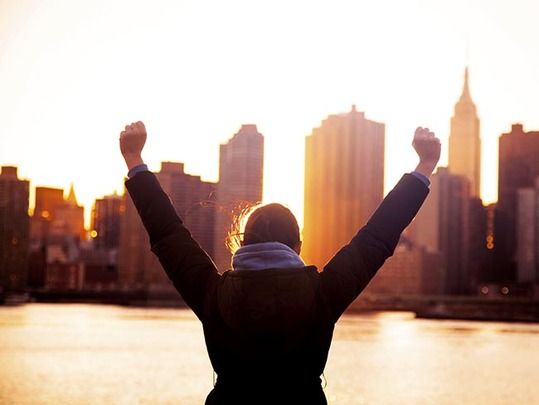 From tedious visa admin, to accommodation, jobs and living the high-life, we look back at the J-1 Graduate Visa Series. iStock

You’re a young Irish graduate and you have your sights set on the bright lights of New York City to start off that dazzling career. The real New York is just as visually stunning as what you’ve seen in Friends and Suits, but getting your foot on the right track can be a lot harder than it looks while you’re here. In New York you are competing with the best of the best in every field. IrishCentral’s Graduate Visa series has been running for a couple of months now and we’ve compiled a definitive guide for you before you make that leap to the city that never sleeps.


You’ll no doubt have anxiety about moving to a city like New York. It seems both incredibly familiar yet grossly intimidating, but the best way to get over that anxiety is knowing that you probably have access to a flight home if it all goes belly up, so try your hardest and see what happens.


As pointed out in Ross Wherity’s contribution to the series (Marketing Executive with IDA Ireland), it would be beneficial for graduates if there were “a route where applicants could apply independently of a specialist business” for the J-1 visa.

As of right now, you can expect to pay up to €2500 ($2730) to travel to New York with USIT, including a one way flight, although there are other options such as the Boston-based IIIC who allow you to book your own flight.

With costs like this, it is unlikely that you will be able to move to the US immediately after graduating unless you have a job secured before traveling. Not only do you need about a year to save for moving (personally, I came here with $6,000 and I don’t know where it all went) you will also need some significant, relevant work experience if you want to escape the trap of the unpaid internships once you get here.


One of the things many graduates overlook before coming to the US from Ireland is the process of signing a lease. In Ireland it’s quite straightforward – if you have a month’s rent and a deposit saved you should be able to get your hands on the house. You may need a reference from a previous landlord or a letter of recommendation from work beforehand, but these are very small obstacles compared with America.

In New York, background checks, credit scores, multiple months’ rent on top of a broker fee are the norm when you are trying to find a place to live. As Regional Marketing Intern with Moët Hennessy USA, Eiméar Glass found out, “Many places require you to make 40 times the rent and if you fall below this they will require a credit check and a US guarantor; two things which are not possible for the vast majority of Irish workers.”


However, there are ways around this expensive process. Facebook is a marvellous yet unlikely tool for finding accommodation. The Facebook pages for Emerald Isle Immigration Center and Aisling Irish Community Center constantly post about rooms to rent in New York in Irish houses, normally in Queens (Sunnyside, Woodside and Maspeth) or in Woodlawn and Yonkers, the Irish communities in the Bronx.

There are groups for J-1ers and New York City Sublets on Facebook too which should help you get around that nasty broker’s fee.

If all else fails, go to an Irish pub in a neighborhood you want to live in and ask around! With the rate of people coming and going all the time, somebody will have a room somewhere.


When I moved to New York, I had a year’s marketing experience under my belt and very high expectations. Much like other people who have come here, I had a very poor response rate to my application process.

“I wasn’t even getting rejection emails” says Meadbh McCarthy, Administrative & Events Associate with Self Help Africa, two months into her job search. “It was very difficult to stay positive and keep applying without any sort of feedback or even acknowledgment of previous applications”.

You need to understand that this is normal and not get disheartened by the lack of response from recruiters. I applied to roughly 80 jobs in 3 weeks and landed just 6 interviews. Job hunting must be treated like a job: do it all day, 5 days a week until you find something.

Don’t be afraid to be arrogant in your interviews and cover letters either. Eimear Kelleher, Tullamore D.E.W Brand Ambassador, has great advice for the more modest Irish soul: “You’ve no choice but to big yourself up here. Irish people are terrible at self-promotion and taking compliments, but you have no choice in this country.”

Networking as a way to employment


Making time for a networking event in your field can be well worth the effort. There is a monthly breakfast in the Irish Consulate on Park Avenue where you can rub shoulders (and hand out resumes) with some of the most successful Irish people in the city. This is really an opportunity you can’t afford to miss, as you may never get an interview with these people through a conventional route. Similarly, you’ll find some very important people at the networking events run by Irish Network NYC , New York Digital Irish, the Irish International Business Network and The American Ireland Fund Young Leaders group.

If you want to stay out of the Irish zone but don’t know where to start networking, there is a great website called Meet Up in New York which posts regular events happening across all kinds of professional fields.

If you want to go all out, it’s not unusual to print out business cards with a link to your LinkedIn profile on them. These are less clunky and harder to lose for the recipients you hand them to compared with an A4 resume.

Filmmaker Diarmuid Hayes insists on networking as a vital tool to finding work in New York: “You need to be a bit shameless about networking at first. Email people, ask to meet them for coffee, ask them directly to keep an eye out for anything that comes up and then email them again a few weeks later.”

Cost of living – can you afford to live on that intern wage?


Before you accept a job, one thing you really need to do is calculate your living expenses. On the lower end of the scale (unless you are willing to share), rooms in the less popular parts of Brooklyn, Queens and the Bronx are about $650 per month with that increasing right up to about $1,100 for nicer apartments.

Let’s call your rent $850, approximately. You need a monthly subway card ($116.50), groceries every week ($50 per week, even if you are a vegetarian), phone ($40 per month at a minimum), utilities (averaging around $60 per month), laundry—there are no domestic washing machines anywhere in NY—($7 per week) and let’s say $100 per week to cover any “socializing” you want to do. That means you need around $1700 every month before you even think about buying an umbrella, a winter jacket or booking that trip to Boston!

A lot of internships that are “paid” only offer stipends of $1500 - $2000 per month so you really need to ensure that you have extra savings to tide you over while you are here or figure out ways to be thrifty.


If you’ve been fortunate enough to work in corporate Ireland before you move to the US, you have been virtually spoiled in your work experience. American workplaces have little sympathy for your personal life. Annual leave in the US averages at 10 measly days and in many cases,this can include your sick leave also (this is evident in people’s dramatic and disgusted reactions to you sneezing near them in the subway, they literally can’t afford to get sick).

All of our J-1 series contributors noted how little annual leave was offered (none in some cases – visual merchandiser, Helena King) and how long the US work day can be. 9-5 is more of a recommendation than it is a practice, “New Yorkers are superhuman workaholics, everyone is available on email 24/7, you cannot be ‘uncontactable’” observes Laura Meehan on the US work culture.

One of the real downsides about having such little holidays while you are working is that you may get to see much less of the country than initially expected. If possible, save a $1000 and go to visit a couple of cities during your 30-day grace period before you voyage back across the Atlantic.

Experience of a lifetime


However expensive, cold and personal-life-unfriendly New York may be, not one person seems to regret leaving the homeland. No life decision will ever seem as large again after you’ve successfully transported yourself across an ocean and carved out the beginnings of your career.

No amount of reading can open your mind like living in a community alongside every other culture on the planet. As media intern Clara Reddan puts it, “The fact that I was able to secure two internships by myself gives me huge confidence in myself and my abilities. It has taught me to be brave and make decisions even when the outcome is scary and unknown”.

Who would turn down the chance at a life lesson like that?

Up next week: What to do if you want to stay in the US after the J-1 visa.