Ireland’s Great Hunger Museum issues an open call for screenplays that will educate young children about the famine and its outcomes. 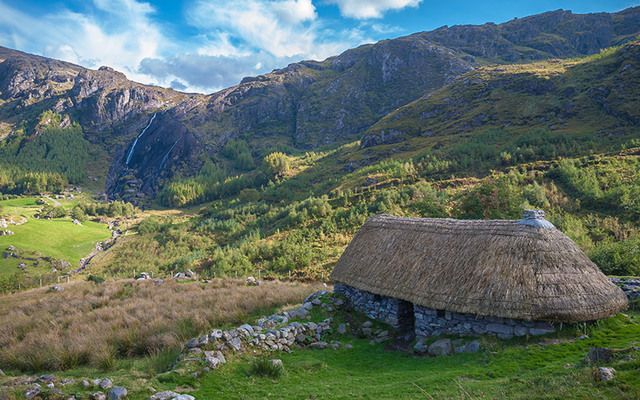 Ireland’s Great Hunger Museum at Quinnipiac University in Connecticut is on the lookout for filmmakers interested in producing a short education film on the Irish Famine, offering up a budget of $33,000 (€30,000).

One of the most prominent centers of research on the Great Hunger in the world, the museum has released an open call  for proposals for short, 12 to 15 minute screenplays that will be aimed at informing children between ten and thirteen years of age about the history of the famine, the effects it had on Ireland and of the parallels between the famine in Ireland, the immigration it forced, and the current refugee crisis and immigration debate raging across the world today.

The films are intended for both individual and classroom use and are welcome to use animation, live action, or a mixture of both as well as a broad range of styles – documentary, fictional, etc. – as long as the information conveyed is based on solid scholarship on the Great Hunger. The film must inform and educate on the causes and consequences of this cataclysmic event in modern Irish history.

The project is an opportunity for both established and emerging filmmakers. Those submitting proposals should have submitted proposals for at least one other project and be able to provide in-depth information on the structure of the proposed film, an explanation as to who would be involved in its production and a run-through of a production schedule that would see the film completed by February 2018.

While calling on filmmakers to produce imaginative and original content, the museum also suggests a focus on the effect of the famine on Ireland’s children, including how many were forced to leave home to search for food, enter workhouses and how some were separated from their family members and suffered the trauma of losing friends and family to illness and immigration.

The themes contained in Irish President Michael D. Higgins’ speech on remembering and learning from the famine, which he delivered at the National Famine Memorial in Ireland in September 2016, are a model for what the film should contain.

The effects of the Great Hunger on Irish children has already been well-portrayed in Irish culture, especially in highly popular "Under the Hawthorn Tree" trilogy by Marita Conlon-McKenna. The series follows the lives of three young children whose family is struck by hunger and disease and who eventually find themselves orphaned and on the streets searching for food and shelter.

The call for proposals includes a few resources "to offer context and suggest prompts and signposts rather than dictate approach." Among those resources listed is the short Irish-language film “An Ranger,”  which is being developed into feature length movie that will offer a gritty, violent look at this period in Irish history. Filming began in December 2016 after producers held a casting call in Dublin for “Irish men and women with gaunt faces and thin bodies” to play famine victims.

More information on the open call can be found here.