The city's Irish community have come together to help the former employees of an Irish restaurant that abruptly closed its doors. 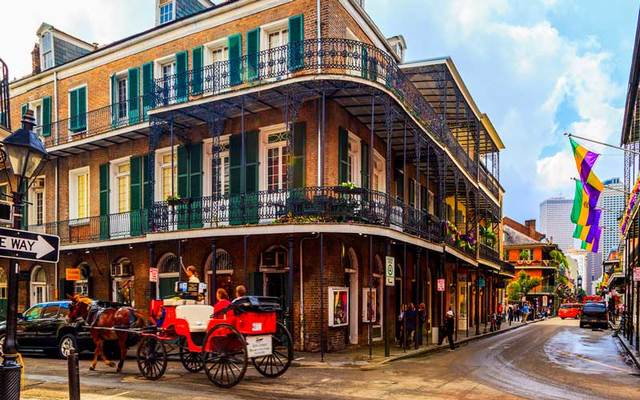 After an Irish restaurant in New Orleans abruptly closed its doors, the city's Irish community have come together to help the eatery's former employees.

On June 23, the Kerry Irish Pub will host a benefit for the former employees of the Irish House, which shut down at the end of May.

“The idea is to get some money to tide them over,” Kerry Irish Pub proprietress Doris Bastiansen told The Advocate. “There’s such a crossover in many of the Irish pubs in New Orleans, it’s kind of an entwined community.”

Reportedly, the restaurant’s 28 staff members did not receive pay for their final two weeks before it closed.

“They’re our friends, people who are active in the Irish community in this city, so we want to help them get through until their next paycheck,” said Joni Muggivan, of Muggivan School of Irish Dance, who is one of the organizers.

Dublin-born chef Matt Murphy and Alicia Murphy opened The Irish House in 2011. The restaurant, located on St Charles Ave, played a prominent role in New Orleans’ Irish community, with many cultural events, including traditional Irish music and dance, held there.

Last year, the restaurant’s owners left New Orleans saying that they needed to care for family in Ireland. The building, which the Murphys had leased for the business, was eventually put up for sale, reports The Advocate.

Alicia Murphy confirmed on May 31 that the restaurant was closed permanently.

She has since released a statement praising New Orleans’ Irish community for the upcoming fundraiser.

“As you know, we had put every ounce of ourselves into the Irish House. When we left New Orleans last year to care for family in Ireland, it had been an extremely difficult decision. Although we had various managers and consultants helping to run the place, it struggled without us.

“Two weeks ago the doors were suddenly and unexpectedly closed. We notified employees immediately and told them we would try to issue paychecks earlier than required. When we discovered that the business would not make payroll, we were shocked and appalled. Right away, we contacted the Department of Labor to find out how to help our employees and then we sadly telephoned each individual person. We had used every last dollar on our employees - not on ourselves, not to reduce our debt to the bank. I'm not sure if other businesses would have done the same.

“Needless to say, the closing of The Irish House has been devastating for our family and it will take many years to recover.

“We have a great relationship with our staff and always worked to create a positive, family atmosphere at the Irish House. After all, that's an important part of Irish hospitality! We are sad that there are a couple of disgruntled employees (who we never had a chance to meet). We wish only the best for all of them and the upcoming fundraiser."

The fundraiser will be held at the Kerry Irish Pub (331 Decatur St., 504-527-5954) on Friday, June 23 at 8pm. There is a suggested donation of $5 to $10 at the door. There will be live music from Beth Patterson and Patrick Cooper, and a raffle for gift certificates from local pubs and other items from supporters. Event organizers have also started a GoFundMe campaign for online contributions.

“It’s heartwarming that people are coming together,” said Beth Patterson, who will perform from 9pm to 1am at the event. “People in this business know you have to learn to land on your feet, but there’s always people who want to help.”