Obituary: Mary (Moore) Connolly, 81, passed away on April 6, 2020, of natural causes, surrounded by the love of her family and caregivers at River Ridge in Avon, CT. 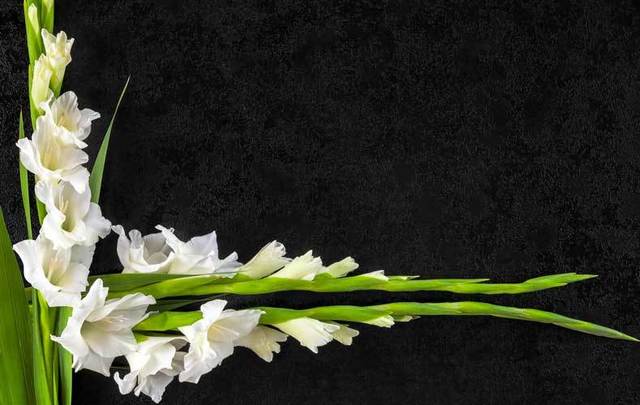 Mary (Moore) Connolly, tireless worker for good causes, passed away on April 6, 2020, of natural causes, surrounded by the love of her family and caregivers at River Ridge in Avon, CT.

Born September 22, 1938, in Hatch Street Nursing Home in Dublin, Mary was the daughter of Edward Joseph Moore and Maureen (O’Donnell) Moore, both of Dublin. She emigrated on Easter Saturday 1963 to Hartford, CT, where she met Mike Connolly of Milltown, Co. Galway, Ireland, whom she married at St. Joseph’s Cathedral in Hartford on November 5, 1966. Together they raised three sons in Newington, CT, before enjoying a long and happy retirement together in Fort Myers, FL.

Mary was educated at the Convent of the Sacred Heart on Leeson Street, Dublin, and raised on Ashdale Avenue in Terenure, Dublin. In her youth, she developed great friendships as well as a passion for athletics shared with family and friends – attending cricket matches with her father and brother, starting a school league with her friends, and playing in cricket and field hockey tournaments in Ireland, England and Wales. She would later take up her mother’s favored sport, tennis, which she played for years after emigrating, and shared her husband’s love of golf which they enjoyed together with family and friends in Newington and Fort Myers over many decades.

After she completed her leaving certificate and matriculated, Mary learned shorthand and typing and secured a job with the Irish Pensions Trust on Kildare Street in 1957, where she worked for a number of years before deciding to join a friend in the U.S. “for six months.” Upon arriving in the United States, she worked briefly for the Aetna insurance company, and then for several years as a legal secretary for Judge Jacob Dunn in Hartford. She eventually managed business affairs for Mike Connolly Landscaping, a company she owned and operated with her husband for more than 30 years; took on additional work at Alcohol and Drug Recovery Center in Hartford, and Kostin & Company, an accounting firm; and later enjoyed a long career in the finance department in the Town of Newington, where she made many great friends. In the 1980’s she went back to school part-time, graduating as valedictorian with an Associate’s Degree in Accounting from Greater Hartford Community College, and in 1996 completed her Bachelor of Science in Accounting, Summa Cum Laude, from Central Connecticut State University.

Mary was utterly and lovingly devoted to her family, relentlessly supporting their passions and ambitions, from attending countless baseball, football and soccer games, music and theatrical performances, and graduations, to volunteering at Irish festivals, golf tournaments, and Cub Scout meetings. She loved hosting family holidays and legendary Crestview Drive pool parties, sharing a card group with her girlfriends, and playing canasta with her sons – and later their families – on countless long summer afternoons. She adopted her children’s friends as her own and enjoyed staying in touch with close friends from Brookside Road as well as beloved family and friends in Ireland, where she would return often for visits throughout her life. Deeply devoted to her Catholic faith, Mary taught religious education when her boys were young and was a longtime congregant at St. John the Evangelist Church in Hartford, St. Mary’s Church in Newington, and St. John XXIII Church in Fort Myers. She and her husband were also longtime members of the Irish American Home Society in Glastonbury, CT, and the United Irish of Southwest Florida.

Mary and Mike instilled in their children an ethic of compassion, hard work and personal responsibility. She is survived by their loving sons, CDR Desmond Connolly, USN (Ret) of Papillion, NE; Jarlath Connolly and his wife Marisa Tamayo of Canton, CT; Aidan Connolly and his husband Roberto Achacoso of New York and Los Angeles; her grandchildren, Erica, Liam, Brian, Aidan, TJ, and Kathleen; and many dear friends, cousins, in-laws, nieces, and nephews in Ireland and the United States. In addition to her parents, Mary was predeceased by her beloved husband of more than 51 years, Michael Desmond Connolly, on July 1, 2018; her brother, Seán Moore; and her daughter-in-law, Diana (Zehrer) Connolly.

Mary will be laid to rest on Easter Saturday, April 11, in a private Catholic service. A Mass of Christian Burial and memorial celebration will be held at a later date. In lieu of flowers, the family welcomes memorial donations in Mary’s honor to Holy Family Passionist Retreat Center or to a charity of your choice. Online condolences may be made at www.SheehanHilbornBreen.com.