Minister Cannon will attend the IrishCentral Creativity & Arts Awards on February 9 in New York at the American Irish Historical Society. 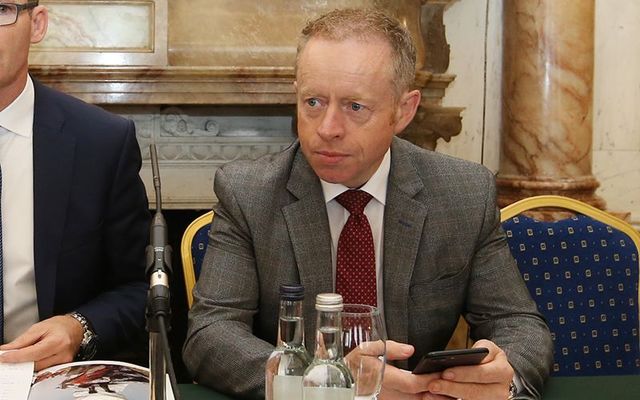 Ciarán Cannon is Minister of State at the Department of Foreign Affairs and Trade with special responsibility for the Diaspora and International Development. RollingNews

Minister Cannon will attend the IrishCentral Creativity & Arts Awards on February 9 in New York at the American Irish Historical Society.

IrishCentral is pleased to announce that Ireland’s Minister for the Diaspora Ciarán Cannon will be the Guest of Honor at our inaugural Creativity & Arts Awards, held on February 9 at the American Irish Historical Society in New York City.

Ciarán Cannon is Minister of State at the Department of Foreign Affairs and Trade with special responsibility for the Diaspora and International Development. He is a TD representing Galway East.

We are delighted that New York State Assembly Member Daniel O'Donnell, Chair, Committee on Tourism, Parks, Arts and Sports Development will also be joining us as a guest speaker on the evening.

After eight years of spotlighting the extraordinary achievements of the Irish community in America through content and social media, we at IrishCentral thought it was time to shine a spotlight on the cream of Irish creative talent in the US.

Forty nominees have been selected across eight categories for the Creativity & Arts Awards: Media & Innovation, Voice of Today, The Stage, The Written Word, The Screen, Visual Arts, Fashion & Design, and Irish American Centers and Festivals.

Read about all of the nominees here.

A special award will be presented to Grammy-Award-winning folk singer Susan McKeown, founder and executive director of the Cuala Foundation that promotes diaspora cultural well-being through the CualaNYC festival and other projects.