A Dublin-born, U.S. immigration attorney was among the many city lawyers who flocked to O’Hare Airport to assist refugees and permanent residents targeted by President Donald Trump’s new executive order. 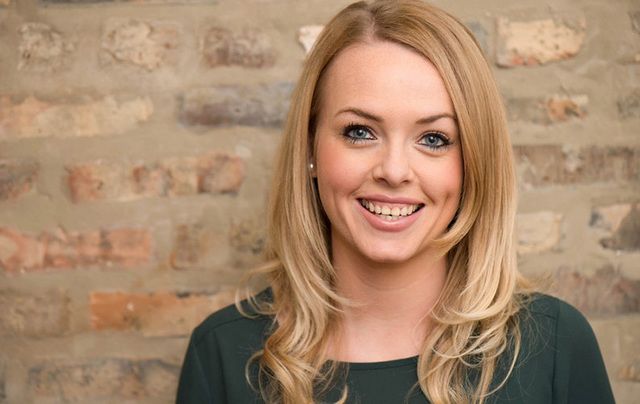 McEntee, a mother of two, realized she could provide compassionate and comprehensive advice since she knows what the legal permanent residents shocked to find themselves targeted by the order could be thinking and feeling.

“I am a member of AILA (American Immigration Lawyers Association) and they had put the word out last week an executive order could be coming from the Trump administration. They were looking for volunteers to go to airports to assist arriving green card holders and refugees,” McEntee told the Irish Voice.

By Saturday morning, after the order had been signed, the situation at O’Hare became chaotic. People were racing through the terminals desperately seeking legal help.

“Initially there were about six or seven attorneys on the scene. An Iranian guy who had been waiting for a family member for a few hours immediately approached us. He didn’t know that attorneys were coming, but he made the contact,” McEntee said.

By the hour more attorneys and clients started appearing.  “We put together a makeshift command center within an hour. It was actually quite incredible the way people got so organized in short a short period of time,” she says.

Lawyers were writing writs of habeas corpus outside coffee shops. “I ended up taking a media role, taking interviews to camera, trying to estimate the numbers of clients who were being affected by the ban. I did a lot of back and forth with the Customs and Border Patrol (CBP).”

“I’m a mother, I have a one-year-old and a three-year-old. I just traveled home from Ireland recently. I’m painfully aware of how exhausted that mother in detainment must have been with her child in her arms. She was on her own with a baby,” McEntee says.

Mother to mother, McEntee wanted to get the woman out of detention as soon as she could. The CPB were not being very cooperative, however. “They wouldn’t us access to the client. They wouldn’t allow the client to make a phone call so her husband didn’t know what was going on. That was just our case. There were many others.”

At the airport a CBP watch commander told her that officers had just arrived in for their shifts at noon and didn’t know what was going on either.

“There was no way that there was instructions in place for the CBP to follow,” McEntee says.

McEntee says she never thought she’d see the day when a permanent resident and her U.S. citizen child would be detained by CBP with the threat of deportation.

“It was an outrage. These people had taken brief trips abroad to visit their relatives; the United States is their home. It’s outrageous what’s happening,” she said.

What are the implications for the green card holding Irish and the Irish undocumented here in the U.S.? Muslims are being targeted now, but Trump has promised mass deportations in his first 100 days. What advice would McEntee give to the Irish now?

“It obviously is extremely concerning. When people are here undocumented they need to talk to an attorney to see if there’s anything they can do adjust their status,” she said.

“For those who don’t have that luxury the advice we’d give them is don’t travel, keep the head down.

“Be more cautious driving and in places where you might interact with the authorities. We worry people will feel they won’t be able to report crime because they feel unsafe and can’t come forward. Things like this order make our community less safe.”

As an immigrant herself, McEntee knows the fear that can grip the community.

“I’m painfully aware of what it feels like. As a student I went through secondary inspection myself with a different line of questioning,” she said.

“But these people are being interrogated now like they’re terrorists. They’re taking their phone, reading their social media, some are being handcuffed and they’re permanent residents.”

McEntee is aware of one girl who arrived at O’Hare with a visitor’s visa. She was denied entry because a year ago she had mentioned on Facebook that she might like to study in the U.S. They found it on her phone and they denied her on that basis.

“I feel we have a duty to tell people what’s going on. I saw on Twitter that Donald Trump said only 109 people were impacted by his order in the whole of the country. But just in terms of what I saw in Chicago at the weekend that’s grossly inaccurate,” McEntee said.

“We’re not blowing things out of proportion, we’re not exaggerating. These are real numbers, these are real people. It’s not liberals trying to make a big deal out of nothing. The majority of these people are not even refugees, they’re legal permanent residents with American children and they’re facing deportation.”