How the rape and murder of Manuela Riedo forever changed Galway City. 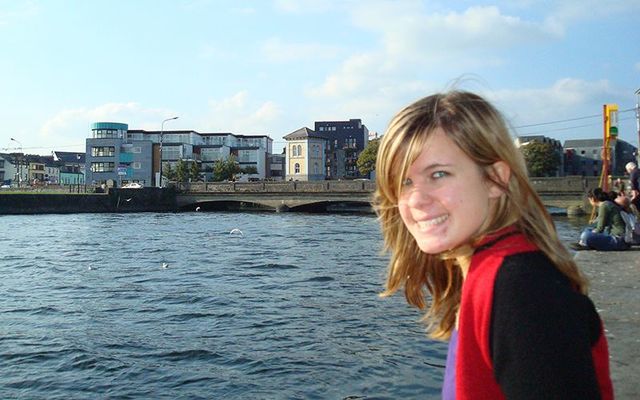 How the rape and murder of Manuela Riedo forever changed Galway City.

The story of a teenage language student from Switzerland whose rape and murder shocked an entire city in 2007 is set to be immortalized through an educational programme which is due to be rolled out at 120 schools all across Ireland next year.

Manuela Riedo (17) only spent three days in Galway, but her story captured the hearts of the community to such an extent that a huge bond has built up between the people of the city and her devastated parents in Switzerland.

Now, thanks to the Manuela Program set up in her honor, teenagers all across the country will benefit from a sexual violence prevention course which is seen as a fitting legacy to an innocent young girl whose life was ended cruelly on her first trip away from home.

Manuela came to Galway to learn English and few will forget the sense of desolation in the city when it emerged that a local man had raped and killed her near the city’s railway line, just minutes from Eyre Square, in October 2007.

Manuela in Galway, just hours before her murder

The immediate aftermath of her death was seen as a huge blow to the image of Galway, considered one of the safest cities in Europe for teenage language students, and also highlighted the severe underfunding of services for sexual assault victims in the West of Ireland.

Manuela, an only child, was on her way to enjoy a night out with new friends from her language school when her life was cruelly ended by local man Gerry Barry, who is serving a life sentence for her murder. Barry also raped a French student in Galway just weeks before her murder.

Like many people in Galway, Shane Lennon was devastated by reports of the rape and murder. In 2009, as the second anniversary of her death approached, Shane wanted to do something to show her parents, Arlette and Hans Peter, that the people of the city cared about their daughter.

“I used to travel a lot for my old job,” he told IrishCentral. “I used to be so proud of Galway and the Claddagh Ring, the symbol of my home city. A shudder went down my spine the day I heard a body had been found on the line. It was so sad when it turned out to be someone so young, an only child, who had only been in Galway a few days.

“I would describe that as one of the darkest days in the history of my city. I wasn’t proud of Galway anymore. But I just had this feeling that I wanted to reach out to Manuela’s parents as her second anniversary approached, to show them that the people of Galway did care.”

Through a contact in another charity, Shane managed to get in touch with the Riedos. He told them that he wanted to organize a traditional music concert in their daughter’s honor. Not only did they agree to the idea, they promised Shane that they would attend.

More than 1,200 people turned up at the concert at the Salthill Hotel, headlined by Sharon Shannon and Lucia Evans. Shane met Manuela’s parents for the first time three hours before the gig and, at the end of an emotional night, every person in the audience queued up to sympathize with the Riedos until 3am. Beautiful friendships were formed.

“We had 1,200 people at the concert. People came from all over Ireland to express solidarity with the Riedos. Every single person at the concert queued up to shake their hands at the end of the night,” said Shane.

That night, Arlette – who did not speak English – looked Shane in the eyes and told him that they would be friends for life. She has lived up to her word, as she has returned to Galway on 16 occasions since that night and Shane has visited the Riedos in their home.

“It was only supposed to be a one-off concert, to show them that Galway cared,” he recalled. “But the reaction was so positive that we decided to turn it into something more tangible. Six or seven of us came together to set up the Manuela Riedo Foundation, which is 100% run by volunteers.

“As a community, we felt a lot of remorse and guilt. We raised €54,000 and the parents insisted that we spent it all in Ireland. We decided that all the funds we raised would be used to support victims and survivors of sexual and assault and rape. We began to work with the Rape Crisis Centres across the island of Ireland.”

A keen runner, last month Shane led a team of 800 who completed the Galway Bay 10K in Manuela’s memory. All of the money raised by Team Manuela is used for education, awareness, prevention, and healing in the areas of rape and sexual assault.

Eoin Durkin, who has also been involved with the Manuela Riedo Foundation since that concert in October 2009, said that the Riedos never blamed the people of Galway for what happened to their only daughter.

Durkin had worked in a language school in the city for five years and regularly marketed Galway as a safe place for Swiss students to visit. He attended Maneula’s funeral as part of a delegation from Galway and was delighted when Shane got in touch with his plans for the concert two years later.

He cannot forget how devastated Manuela’s classmates were when they gathered in a school hall in Galway city centre on the night after her death.

“I would say about 7,000 or 8,000 foreign students like Manuela come to Galway every year,” he said. “Manuela’s parents never had a bad opinion of Galway or Galway people. They never for one minute thought the tragedy was our fault. The concert was full of music and joy. It was incredible and it led to lasting friendships. Now they come back every year.

“Arlette says she comes to Galway and people often just tap her on the shoulder and give her a big hug as soon as they recognize her. She says that, even ten years on, some people in her village in Switzerland might avoid her in the supermarket because they just don’t know what to say.”

Durkin said Maneula’s death and the creation of the foundation led to a growing awareness of the need for a Sexual Assault Treatment Unit (SATU) in Galway.

There was none in 2007 and rape victims at that time had to travel for over two hours to Cork or Dublin for treatment. One woman, Joanne Nelson, demanded the creation of first world services for victims of sexual assault in the West of Ireland as a direct result of Maneula’s death.

The fundraising model used by the Manuela Riedo Foundation over the past eight years is coming to an end, but both Eoin and Shane are delighted that her name is being immortalized through a new pilot programme which is set to be rolled out in 120 schools across Ireland in 2018.

They have received backing from the Department of Justice and Tusla, Ireland’s child protection agency, to introduce the programme to teenagers across four regions. Funding has been obtained from the European Union.

“It’s a pilot programme, which has to be academically evaluated. Four people have been hired and it’s a real legacy for Manuela.”

Shane said that the foundation played a remarkable role in getting people in Galway to talk about their own experiences of sexual abuse. The 2009 concert inspired many people to talk about sexual abuse and seek help for the first time.

It inspired the organizers to press on with the formation of the Manuela Riedo Foundation, which has helped to raise awareness and provide funds for frontline services who deal with victims of sexual abuse.

Both Shane and Eoin are delighted that funding is now in place to create full-time jobs for counselors across Ireland and to make the course available to hundreds of 15 to 17 year olds across the island of Ireland.

“Over the years, hundreds have described to me what they have gone through,” he said. “That concert in 2009 allowed one woman to face up to a rape she experienced 20 years earlier and to seek help. As a community, we have a lot of remorse and guilt. We have victim blaming. The MRF has given victims of rape and sexual abuse the courage to speak out."

Ciaran Tierney is a journalist, blogger, and digital storyteller, based in Galway, Ireland. Find him on Facebook here