A review of the GAA news from around Ireland. 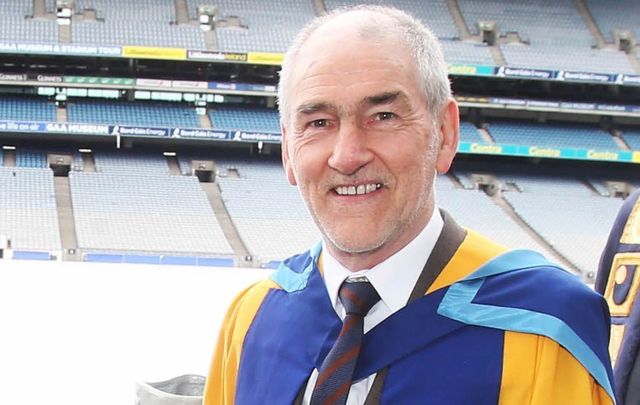 Feargal Logan has paid tribute to former Tyrone boss Mickey Harte after assuming the Red Hand manager’s job alongside Brian Dooher after Harte’s 18-year reign ended with his resignation in November after failing to make the All-Ireland series.

Harte will now take charge of Louth, with Logan and Dooher sharing the coaching responsibilities and managerial tasks with Tyrone, a difficult job given the fact that the team won three All-Irelands under the previous boss.

Speaking to RTE, Logan admitted: “Obviously, Mickey has an outstanding record and gave outstanding service to Tyrone. It’s never going to be easy. Let’s just hope it all works out going into the future.

“But in one sense, there was always going to be a time when things had to move on. That’s where we find ourselves.”

With Dublin again the side to beat next season, Logan is looking forward to the challenge. He said: “Tyrone would always back themselves against anybody. Let’s open it by saying that. Going forward from that, you’d have to say that the Dubs seem to be operating at a different level at the moment.

“Then, there probably are a posse of chasers and I think we’re in that posse of four or five chasers. We just have to knuckle down here and see if we can bridge the gap.”

Jack Carty pressed his claims for an Ireland role with a magnificent two points, including two first-half tries, as Connacht became the first side to beat Leinster in the Pro14 since April 2019 at the RDS on Saturday.

Carty was the star of the show in Connacht’s 35-24 win, their first in Dublin since 2002 and the Irish international enjoyed every minute of it. “Overall, it was a fantastic team performance,” he told eir sport.

“Quin Roux and the forwards laid down a serious foundation for us and we just played in the correct areas of the field. They’re the best team in Europe so it’s always great to come up here and put in a performance like that.

“Coming up here we had nothing to lose. We lost a few bodies early on in the week so it became an even bigger challenge. There was definitely something special in the air tonight. We gave a really good account of ourselves.”

Munster fell 15-10 in Belfast as Ulster kept up their 100 percent start to the Pro14 season thanks to tries from wingers Matt Faddes and Ethan McIlroy and five points from the boot of John Cooney, all scored before the break.

Custodian Clarke featured on the county squad for 20 years while Vaughan said he leaves “with a heavy heart” after confirming his retirement at the age of 32 after injury kept him out of the run to last month’s All-Ireland final defeat to Dublin.

Meath have also been hit by a double whammy after forwards Graham Reilly and Sean Tobin announced their retirement on Monday, while Roscommon legend Donie Shine has quit all football after losing his long term battle with injury.

GAA: Sports Direct, the company led by Newcastle United owner Mike Ashley, has agreed to a €2 million sponsorship deal with the Cork GAA County Board just a week after the FAI confirmed they will be repaying €100,000 a month to the sports retailer for the next five years after a sponsorship deal went south . . .

GAA: Ross McQuillan has decided to stay at home and concentrate on his GAA career with the Armagh footballers rather than return to Aussie Rules side Essendon, a decision similar to that taken by Tyrone’s Conor McKenna in September . . .

GAA: All-Ireland winner Karl Lacey has quit his role as a selector with Declan Bonner’s Donegal managerial team due to family and work commitments.