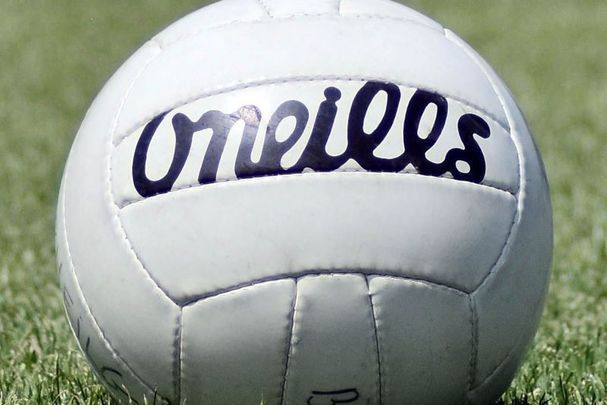 Dublin remains in relegation trouble in Division 1 of the Allianz National Football League despite Sunday’s 2-15 to 2-11 win over Donegal at Croke Park – not that anyone knows what manager Dessie Farrell thinks of their survival hopes ahead of the final game of the season away to Monaghan this weekend.

Like so many of his managerial counterparts, Farrell and the Dublin team are keeping quiet and staying away from media engagements as the Gaelic Players Association dispute with the GAA over expenses rumbles on.

Farrell will have taken some solace from the four-point win over a fancied Donegal side – Dean Rock and Niall Scully got the Dublin goals – and his team now sit on four points in the table, just above bottom side Monaghan on points difference and one point behind Tyrone, Kildare, and Donegal.

Tyrone go to Kerry and Kildare visit Mayo for their final round games next Sunday when Donegal host Armagh, so Dublin must take full points from Clones to stay in the top flight for next season after a campaign full of drama and defeat.

Life is so different for Kerry, however, with Jack O’Connor’s side already guaranteed a place in the Division 1 decider after their 1-13 to 0-13 win over hosts Armagh last Sunday, but Kingdom great Marc O Se feels his old team still have work to do ahead of this summer’s Munster SFC campaign.

One area of concern for O Se is goalkeeper where O’Connor has alternated between Shane Murphy and Shane Ryan all season.

“I’m not convinced with this chopping and changing of the goalkeepers week-in, week-out. We seem to be the only county doing it and as a result, we have issues with our kick-outs when we go long.  I still see issues in the middle of the field. Diarmuid O’Connor is now the number one midfielder, a shoe-on. Jack Barry, I’m not really convinced.

“David Moran, I think has got a minor setback with his rehabilitation, so I’m not sure if we’ll see him in the National League.  Joe O’Connor, he came on as a blood sub the last day, he’s your Kerry captain even that doesn’t really hold water. He was then brought on in the 64th of not 65th minute, you’re giving him five minutes.

“The big areas Kerry need to focus on, yeah they’ve tidied up their ship in defense, is midfield and their goalkeeper, in terms of kick-outs, is an issue. I’d like to see Joe O’Connor getting more time.”

A celebrated David Clifford goal made all the difference for Kerry on Sunday, even though Clifford was supposed to be injured ahead of the game and was left out of the named traveling party of players before appearing as a half-time substitute.

O Se added, “I was very surprised Clifford played. The thinking down here was that Kerry had nine points on the board and it was a long way to travel for a game. The rumor down here was that he’d broken a bone in his hand. The WhatsApp messages that were flying out the place.

“These rumors taking on a life of their own. I don’t know if it’s just Kerry but they’re always going on down here. It was interesting to see him coming on wearing the number 10 jersey, Dara Moynihan not playing.

“It was the same last week against Mayo when Paul Geaney didn’t play at all. I should have smelled a rat when my cousin Siún, who’s married to Paul, said she had two spare tickets if anyone wanted them.

“At the end of the day, Clifford was the winning of that game. When he came on, he got the goal – I know the keeper slipped – but when he came on and got the scores he did, he was the difference between Armagh and Kerry.”

Tyrone eased their own relegation troubles with a 0-11 to 0-9 win over Mayo at Healy Park while Kildare were comfortable 0-24 to 1-12 winners over Monaghan in Newbridge.

The semifinals of the National Hurling League are confirmed for this weekend when Cork will host Kilkenny on Saturday night at Pairc Ui Chaoimh while Waterford will meet Wexford in the sunny southeast derby in Nowlan Park on Sunday.

Cork and Wexford met at Chadwicks Wexford Park on Sunday when the hosts won by 1-22 to 1-17 in their Division 1 encounter, while Galway defeated Clare by two points, 0-25 to 1-20, at Pearse Stadium and Limerick continued their return to winning ways with a 4-29 to 0-17 victory over Offaly at the Gaelic Grounds.

“It was a solid performance today,” said Limerick boss John Kiely. “I think we controlled the game for long, long parts of it and our energy levels were really high, our communications skills on the pitch were good, which was a plus, and we created a lot more scoring chances - probably more than in the last two games put together, to be honest.

“But it would have been a disappointing league from our perspective.  We would have worked really, really hard throughout the league, and we might have found it hard to find the energy levels when it came to Sunday. And that told in our performances and in our results.

“But no excuses. It wasn’t a good league from our perspective. We’ve worked really hard in the last three weeks and I’ve seen massive improvement in the group, in the cohesion of the group, over those three weeks and we’ll be looking to continue that into the next month.”

Kilkenny had a bit more about them as they came from four points down in their 2-21 to 0-21 win over Waterford at Nowlan Park on Sunday when the Ballyhale Shamrock players returned to the fold after their All-Ireland club championship adventures.

“It’s just a question of players working hard,” said Kilkenny manager Brian Cody afterward. “The attitude was good. In terms of the league, we had to win, Waterford didn’t and we probably had the greater motivation, if you like, to try and win the game because otherwise we were gone.”

Waterford boss Liam Cahill used the game to give fringe players game time ahead of the championship. “We have a group of players working extremely hard behind the scenes,” Cahill told RTE.

“They put their hand up to be given an opportunity. That’s what they train for, to play in big matches like this one today in Nowlan Park. I don’t like to pick out individuals but young wing-back Conor Dalton came through the game well, a great experience for him. Cian Wadding another, a fella just up from the under-20s.

“Cormac Daly was another getting great exposure for someone so young. It has definitely strengthened our panel for sure.”

Galway sealed promotion from Division 2 of the National Football League with an emphatic 4-11 to 0-12 victory over Derry in Owenbeg on Sunday as Padraic Joyce’s side made it six wins from six games in an impressive season for the westerners.

Matthew Tierney, Damien Comer, and Dessie Conneely all netted before the break to put Galway in the driving seat for the two points and the automatic promotion spot.

“It was probably one of the best first-half performances I’ve seen under my watch,” Joyce said. “I thought we controlled the game really well. I was a bit surprised that Derry opted to play against the wind in the first half. There was a fairly strong breeze there.

“To get three goals in the first half, it was great scoring. I thought we judged the wind really well. We didn’t have any potshots or wild shots at goal. We just worked the ball really well. Lads were really mature.

“Everyone was saying to us this was going to be a really tough battle. We knew that. The first half was just fantastic. I couldn’t speak highly enough of the lads.”

Roscommon can now seal their return to Division 1 with a win over Galway in Hyde Park next Sunday, and manager Anthony Cunningham is looking forward to the challenge.

“We want to win it, have to win it to get promoted, “ the Roscommon boss told RTE Sport. “That was our ambition at the start of the year. Galway are a proud county. They probably have as good a 15 players to come in as started today. We know the Galway backroom team really well, they run a great ship. Galway are promoted on merit and we want to have a right battle with them.”

Meath eased their relegation worries with a one-point win, 0-10 to 0-9, over Clare in Ennis and Cork also helped their survival hopes with a 1-16 to 1-12 victory against Down at Pairc Ui Chaoimh.

*This roundup first appeared in the March 23 edition of the weekly Irish Voice newspaper, sister publication to IrishCentral.