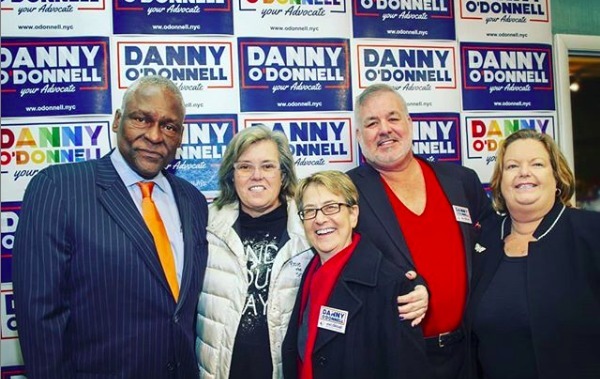 Danny O'Donnell, 58, is the first candidate endorsed by elected officials and organizations in all five boroughs of New York City.

Brother of the famously opinionated talk show host Rosie, and after sixteen years in the New York State Assembly and sponsor of trailblazing bills most notably the Marriage Equality Act, he's no shrinking violet himself. 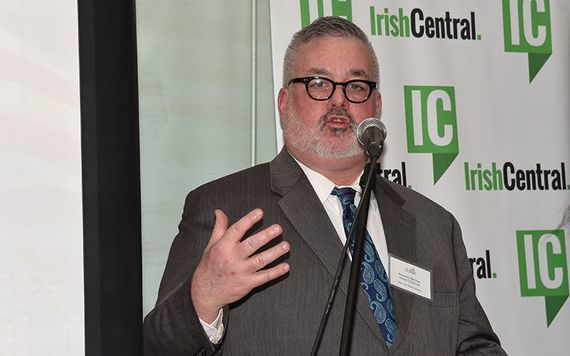 Married to his partner of 40 years John Banta, O'Donnell credits New York City and the opportunities that it afforded him - to study law at CUNY and start a relationship free of fear - with literally saving his life.

Now he's part of a lively 17 candidate field all running for the same office and it's no surprise that things are getting competitive in the run-up to election day on February 26.

In a wide-ranging interview with the IrishCentral, conducted over a week before Amazon made their final decision not to move their second headquarters to New York City, O'Donnell was one among many prominent Irish American politicians casting a skeptical eye on the mega-corporations Long Island City plans.

“A number of years ago, we got a letter in my office saying here's a letter to invite Amazon to come to New York,” O'Donnell tells the IrishCentral.

“The letter was devoid of information. It doesn't say how it's getting paid for. It doesn't talk about making sure that they pay people a livable wage. I can give you a long list of things that doesn't do, no guarantees at all. So there's nothing on their end, right? So I say no."

"The mayor's office call me five times. We want you to sign this letter, they say. I say no. So, you know, after the election, the governor and the mayor held a press conference and announce that we're giving Amazon $3.5 billion. And the problem is, executives think that that money is theirs. It's not their money. It's our money. So why are you giving away $3.5 billion to the richest company in the world? Without consulting the people whose money it is?”

O'Donnell avers that his pragmatism and his willingness to call it like he sees it, irrespective of political pressure, marks him out as the best candidate in the race.

Asked why they signed it, the candidates replied it was just an invitation for a conversation. “That is the most naive thing I've ever heard in my life,” O'Donnell scoffs. “Rather than telling people in Long Island City what they want, you should go and ask them, you should go to the community board.”

What about the oft-toted 25,000 jobs? It can't be easy standing in political opposition to a figure like that surely?

“I'm in favor of 25,000 jobs,” says O'Donnell. “But what kind of jobs? Are they just going to fly people in from Seattle to take those jobs? No guarantees about that. Right?” 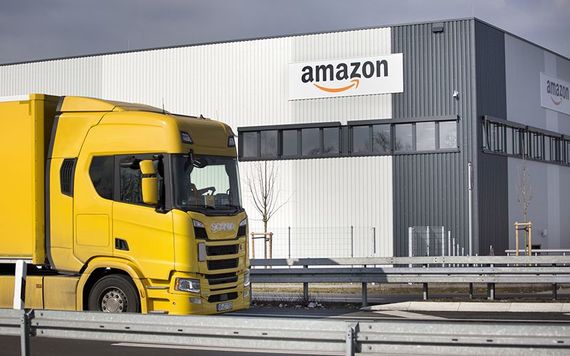 The scale and rapidity of Long Island City's development and expansion should be setting off alarm bells he says. “We have a real serious problem with overdevelopment, right? We cannot fill in every space of land with concrete. I recently saw a PBS show about London and how it's flooding with greater frequency. And what they've come to learn is that the flooding is connected to where the rivers used to be. So if you cement over a river, you don't take away the river, you just make it a cement river. And when the water gets too high it doesn't absorb into the ground, it just overruns. So if you're going to build something, we damn well better make sure before we do that, that it's scalable.”

“And the idea that with this climate crisis that we're building an entirely new city on the edge of the water in Queens without thinking about what the implications are all shows an incredible lack of understanding, lack of respect for community, lack of respect for voters. So Long Island City will become an albatross around the neck of the city, I think very quickly.”

The Public Advocate job needs somebody who's a loud-mouthed New Yorker, who's unafraid to tell the truth without fear of repercussions, O'Donnell insists. As for the problem of the job of Public Advocate being viewed as a stepping stone, he says he doesn't want another job. He wants this one. 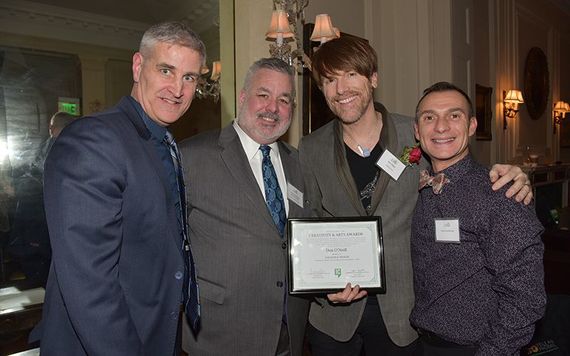 Raised in Commack, Long Island, O'Donnell was 12 when his mother died, leaving behind a husband who couldn't cope with the emotional fallout. “He drank whiskey and we were left on our own,” O'Donnell says. “That Thanksgiving I cooked dinner, purely by the memory of what my mother did. And we were on our own and we raised ourselves with the help of the neighbors and the people who loved us, you know, we were alone and nobody gave us anything. No one ever said to me, you should be a lawyer. That's never happened. No, no, no.”

He had to invent himself, he says. “And I'm still doing it because it never ends. And John, my husband, was instrumental in that. I met him when I was 17 and he taught me how to love.”

In his campaigns stump speech O'Donnell claims that New York City's saved his life because when they opened CUNY law school in 1983, they gave somebody like him without resources an ability to get a legal education.

“My family didn't have any money and couldn't send me, you know, to even the cheapest private law school, but public a law school I was able to do with loans. So it also saved my life because 40 years ago I met my husband and you know, fell in love and not everywhere in America, not much less the world, was it safe to be a couple then."

For the freedom the city gave him, for the opportunity to learn about his own capacities and step into himself he has wanted to be a politician and give others the exact same chance ever since he says.

The special election for Public Advocate will be held on February 26.