Connacht Rugby marks the dawn of a new chapter of rugby on the west coast of Ireland by highlighting the beauty and success spawned in the region. 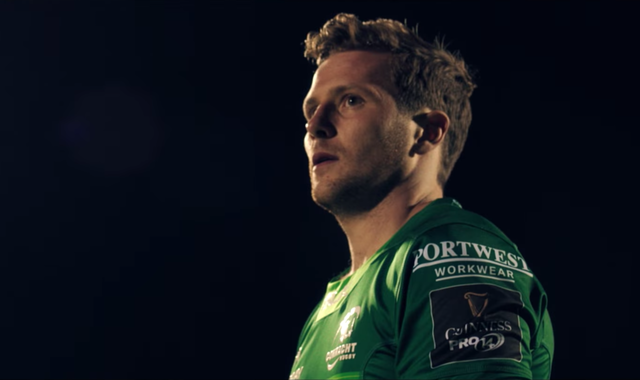 Connacht Rugby marks the dawn of a new chapter of rugby on the west coast of Ireland by highlighting the beauty and success spawned in the region.

The western province, one of four Irish teams to play rugby at a professional level, is redeveloping its home stadium, the Sportsground, to the tune of €30 million ($33 million).

The Irish government recently pledged €20 million worth of funding towards the stadium's redevelopment with €10 million coming from private investment.

Connacht are looking to support this significant redevelopment by highlighting the beauty and importance of Ireland's most rugged province.

Connacht Rugby released a short video, in May 2019, which showcased the breathtaking scenery located on the west coast of Ireland, as well as noting the significant achievements of people who called it their home.

From former president Mary Robinson to the esteemed poet W.B. Yeats, the video documents some of the most prominent figures to ever emerge from the province by using newsreel footage.

The video aims to highlight the poets and presidents, engineers and entrepreneurs, and the artists, athletes, and artisans that have hailed from the west of Ireland.

The video describes Connacht as "a place that hustles and bustles with energy and light."

Supporting the redevelopment of the Sportsground, the video states that Connacht is a place "aware of its past, but certain of its future."

Commenting on the video, CEO of Connacht Rugby Willie Ruane said: “At Connacht Rugby, we believe we make a contribution to the community which goes beyond Rugby.

"We have an opportunity to represent everything that is good about Connacht as a people and a place and that is what ‘HOME’ represents for us. We look forward to building the next chapter for our home at The Sportsground in the near future.”

STADIUM UPDATE ? | We can now confirm full planning permission has been granted for the redevelopment of the Sportsground.

The new home of Connacht Rugby is a step closer . . . but our home stretches far beyond the boundaries of the stadium.

This is Connacht. This is our Home. pic.twitter.com/UMKFdlLsrX

The redevelopment plans call for a new high-performance development center and a greyhound racing track, in addition to expanding the stadium's capacity to 12,000.