Dublin community space launches petition after being ordered to close

Chestnut Bazaar, a wellness and community space in Dublin, has launched a petition after being ordered to shut down by Dublin City Council. 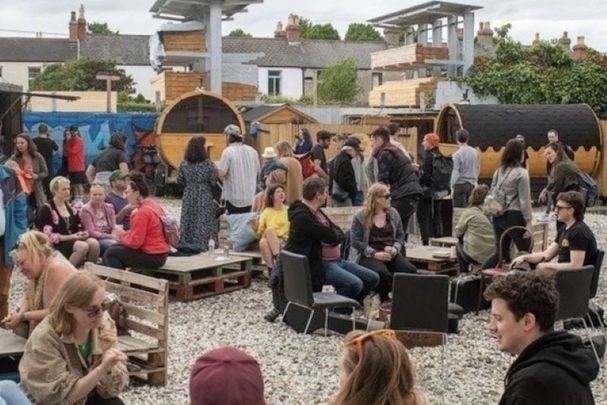 Community members enjoy an afternoon at the Chestnut Bazaar. Change.org

Chestnut Bazaar, which has been deemed an  "unauthorized development" by Dublin City Council, was opened in a disused yard off Clanbrassil Street on the south side of Dublin City in 2021.

Chestnut Bazaar aims to bring local communities together through art, diversity of culture, and activities that provide moments of reflection.

Those activities include sharing a meal from some of the vendors that operate at the Bazaar with friends, watching a performance, recalibrating in a sauna, or just spending time in a unique setting.

The Bazaar opens five days a week from Wednesday to Sunday and boasts several unique vendors, including the Wood Fired Pizza Company, vegetarian street food company Bish Bosh Kitchen, and AA's Caribbean, which offers a taste of Trinidad in Dublin.

The Chestnut Bazaar team said it was attempting to "normalize the use of vacant and derelict spaces across the city whilst they lay dormant and lifeless".

However, Dublin City Council said the Bazaar is an "unauthorized development" and has instructed the Chestnut Bazaar team to close the facility.

The Chestnut Bazaar team said it did not understand the council's decision, arguing that the site has a history of commercial use.

"It was a fuel depot before it was vacant for a number of years, so historically it had been publicly accessible for the sale and goods or services."

The group has launched a petition urging the council to keep the space open while it remains vacant and awaits development.

"We’re trying to get as many signatures as possible in the hope that it will show the appreciation for the space and the value it brings to the community."

The petition has received just under 2,000 signatures at the time of writing. Dublin City Council has not responded to IrishCentral's request for comment. You can sign the petition here.